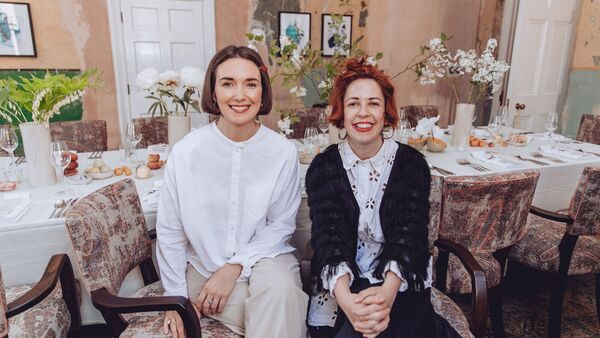 Just five years ago Terri Chandler from Cork and Dubliner Katie Smyth established Worm, a London-based floristry company that has ensured the duo are in demand among fashion houses, retailers and the hospitality to set the scene for extravagant events and photoshoots.

It all began through one of those chance meetings. 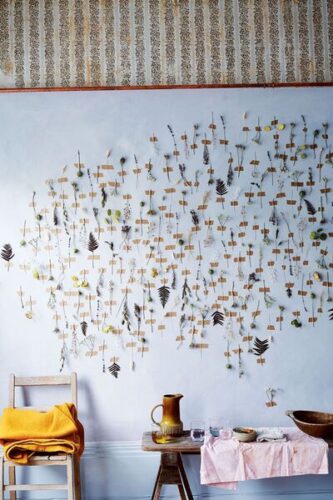 This flower wall is made up of dried materials, so after the dinner party or gathering is over there is no rush to take it down. Plus, there’s the bonus of not having to work in straight lines. Picture: Kristin Perers

“Then we started doing weddings for friends, and events got so big that book and a bunch has taken a bit of a back seat.”

“We’d meet for dinner in a pub as part of an extended friendship group,” Terri explains. “I was in and out of acting jobs and teaching, and Katie was doing fashion jobs. Neither of us was going anywhere very fast.”

At the time, Terri was living on Columbia Road in East London, immersed in its famous flower market, while both she and Katie had always found nature in Ireland, especially coastal areas, particularly inspiring.

“We were in our late 20s,” Katie adds, “and thought let’s start something together, even as a side project to fulfill us. We did a one day a week flower course in Pimlico and started doing a book and a bunch service where we’d make a bouquet and deliver it with a book.

“Then we started doing weddings for friends, and events got so big that book and a bunch has taken a bit of a back seat.” 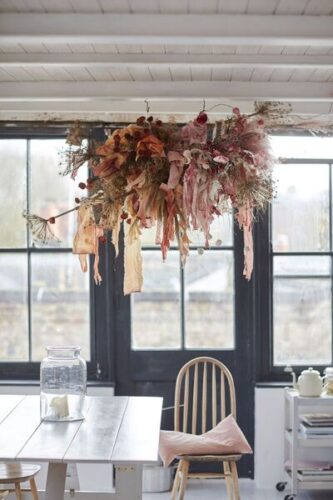 Fashion photoshoots started adding to their repertoire along with floral installations for hotels, all of which were drawn to the distinctive Worm aesthetic.

But it was when the business was barely a year old and they were working as a two-woman band that they got the call which was a turning point for their business: A commission to decorate Freemasons’ Hall in Covent Garden for the launch of the Erdem and H&M collection. 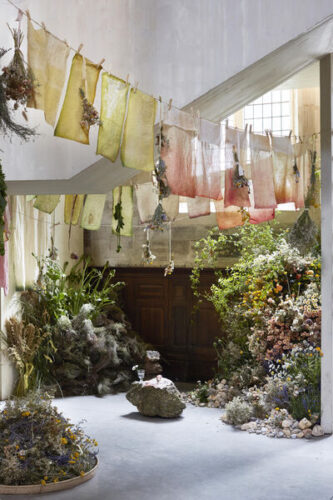 “They wanted a wild garden look,” Terri says. “It was pretty huge as there were 800 guests and everyone had to leave with a bouquet, and it was just me and Katie.”

Rallying some additional floristry help to implement their ideas which filled the venue with meadow, it took five days to complete.

It’s this natural beauty and seeing the extraordinary in something as humble as a dried hydrangea and foraged foliage that has also attracted attention from around the world. It led to Katie taking up an invitation to teach the Worm approach to students in China just before lockdown. 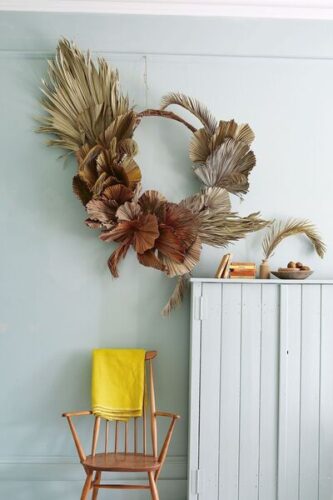 Wreaths for all occasions are a Worm specialty. This dramatic piece not only brings nature indoors but provides a living artwork. Picture: Kristin Perers

“Photos on Instagram bring in that kind of work,” she says. “In China, they’re really into the western floral aesthetic.”

But it’s not just far-away places like China coveting the Worm look.

Terri and Katie’s reputation is also growing here in Ireland and led to them creating the Avoca Christmas window display in 2019, and working with fashion designer Simone Rocha.

As it is with most businesses, 2020 has made its mark on their activities but according to Katie, it’s given them time to step back and think. 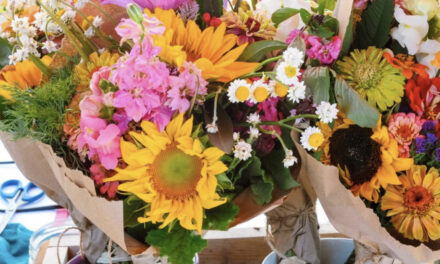 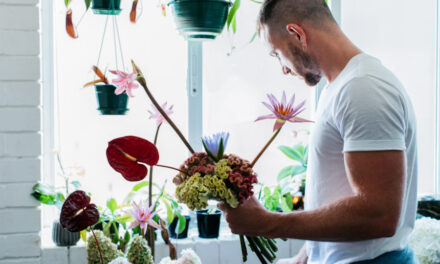