All About Carnations – January’s Flower 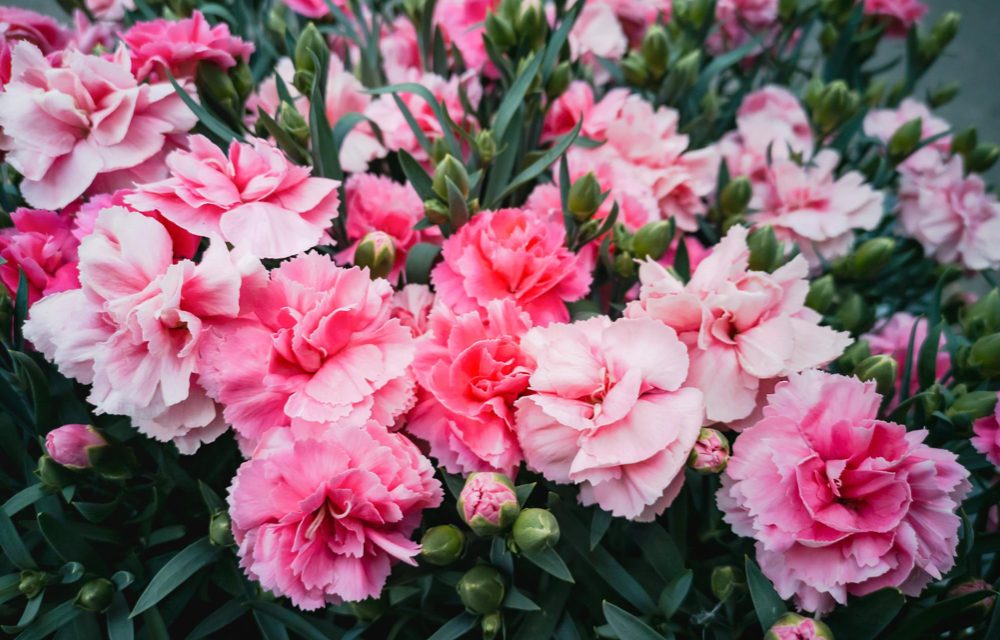 The carnation, the flower for January, is technically called “dianthus, ” a combination of Greek words meaning “divine flower.”  Learn more about the history of these beautiful blooms.

All About Carnations – January’s Flower

The carnation, the flower for January is technically called “dianthus” which is a combination of Greek words meaning “divine flower.”

Others believe it is from the word coronation because Greek ceremonial crowns used the flower and it also decorated sacred statues. Others say that “dianthus”  was named after Zeus, as Zeus in Greek is dios and flower is anthos.

No wonder, carnations are also referred to as the flower of the gods.

However, in recent years the carnation got little respect since it is so inexpensive and was too often linked to funerals,

Humble but beautiful, carnations aim to please and last a long time.  They can shine on their own, clustered together whether tall or cut short,  or happily cohabitate with other flowers, adding both color and fluttery soft petals. In fact, carnations are the flower world’s most popular dance partners. They will let other flowers take the lead and just pop their heads out when asked.

More and more florists are finding joy in their existence. Look at how the talented Ji Hyen from Gotham Florist used them in this above arrangement.

“Carnations can last six weeks if you change the water regularly,” says Hyen, who used a variety called “Hypnotiq” in this shot. Isn’t it fab? Looks like an exotic tutu. What does it look like to you?

Because of the carnations’ rising popularity, breeders are offering more selections including larger head size.

Author Carolyne Roehm, whose sophisticated taste is respected world-wide, is a huge champion of the carnations.

“They come in so many colors,” she marvels, adding that the flowers are both sturdy and interesting. “Just because something isn’t expensive like the rose doesn’t mean it’s not beautiful.”

In fact, studies conclude that the carnation is the world’s second most popular flower after the rose. Also one of the oldest. They were discovered by Theophrastus, one of the earliest known botanists, and flower lovers.

In the language of flowers, carnations carry many meanings. In the Middle Ages, flowers were given to brides and grooms to wish them happiness and faithfulness.

White carnations have morphed to also symbolize purity and luck while a red one reflects admiration and affection.

Yellow carnation holds a less positive feeling conveying disappointment or rejection. Over the years, it is also considered a flower to send for a mea culpa, “I’m sorry” sentiment.

Purple carnations mean impulsiveness as well as someone who likes adventures.

The pink carnation is the pride representing being unforgettable as well as motherly love. We also have interpreted its meaning to apply to breast cancer survivors since pink was established as the cause’s icon and more and more charities are recommending its use for sharing love and support.

Legend has it that when Mary saw her son Jesus carrying the cross to his crucifixion, she broke down and cried. Those tears that fell stirred the soil and pink carnations sprung up from the earth.

This is also why pink carnations are so popular for Mother’s Day and also represent the sentiment of appreciation – as well as why carnations have been linked to funerals. Actually, the association to funerals was so pervasive that it dampened the public interest in carnations for decades.

During the Middle Ages, these plentiful flowers were given as wedding gifts.

In the Netherlands, home to some of the world’s most beautiful flowers, the white carnations reflects the country’s resistance to World War II and its purity of heart and principles and now are worn to remember veterans.

In the United States, the scarlet carnation became the state flower of Ohio in 1904 to honor the late President William McKinley who would wear one in his lapel.

Carnation petals were also once used to seep tea.

For that question, we sought out the expert advice of Gary Vollmer, product and breeding manager for Selecta North America.

Ever wonder why few grow cut carnation flowers? Turns out, explains Vollmer, that because they can sustain very cold temperatures, carnations are easy to push through the supply lines and don’t wilt or die. That’s a big plus that also reduces the costs of mass distribution.

However, since he knows all the ins and outs of carnations, that shouldn’t stop any of us from growing carnations in many sizes.

What’s his favorites this year?

“Pink Kisses, Oscar, Diadora, Super Trouper (above picture) and a new variety we are calling I Heart You,” he suggests. The new one, I Heart You, is a multi-colored carnation.

And another tip he likes the share. Plant them in containers near entry doorways so that their fragrance can be enjoyed as you go in and out of your house. It can be a stand-alone plant or placed in a nice big pot.

Jill Brooke is a former CNN correspondent, Post columnist and editor-in-chief of Avenue and Travel Savvy magazine. She is an author and the editorial director of FPD. 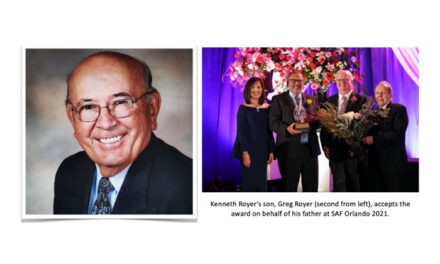 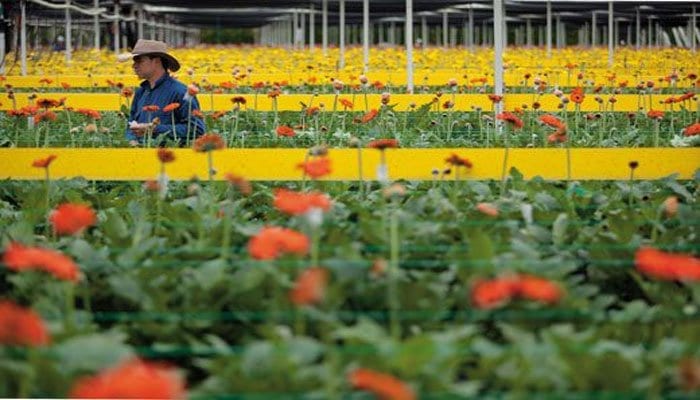 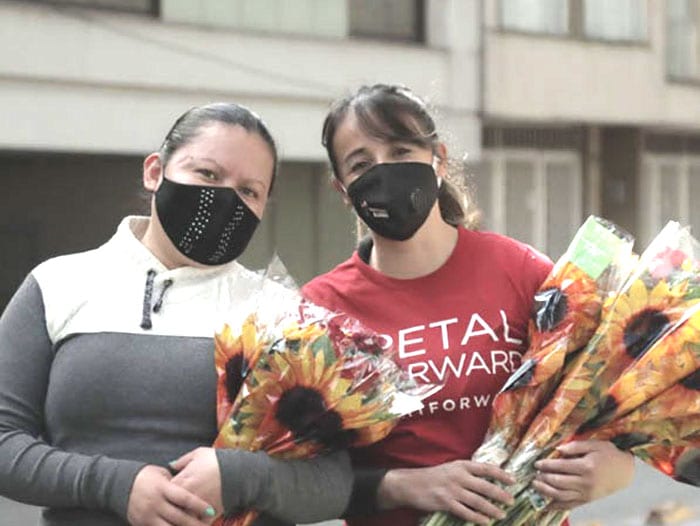 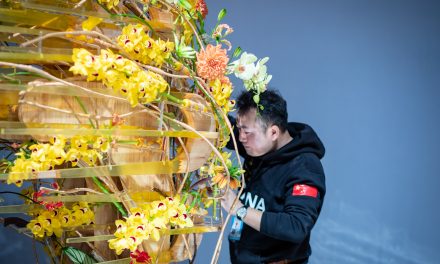