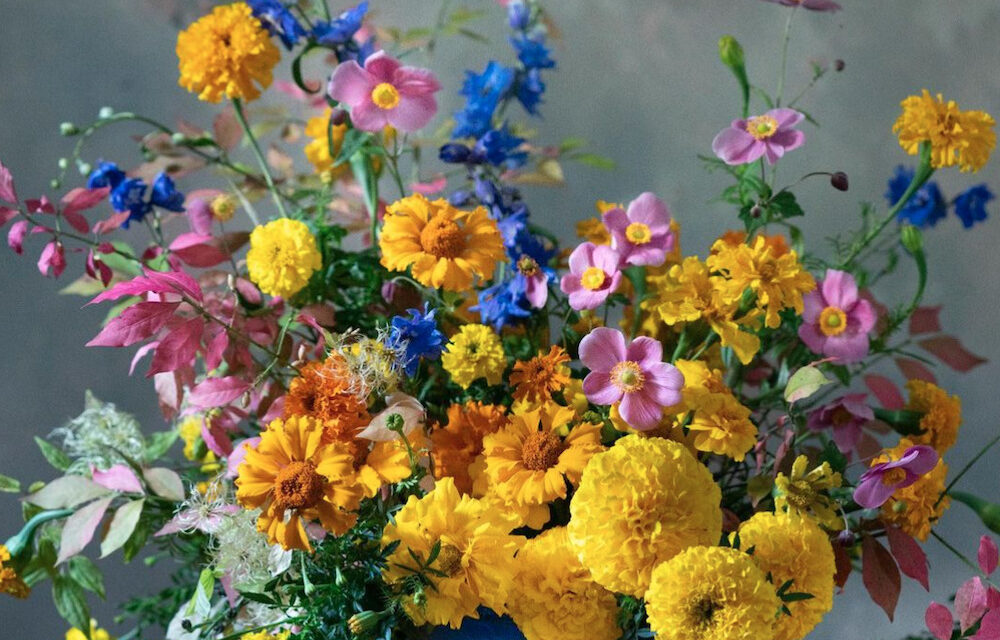 A beautiful article written by Jill Brook from Flowerpowerdaily about flowers for peace. Flower lovers and florists around the world have been using hashtags such as #flowersforpeace to raise funds, awareness and support for the Ukrainian people in this David and Goliath story now unfolding.

Flower lovers and florists around the world have been using hashtags such as #flowersforpeace to raise funds, awareness and support for the Ukrainian people in this David and Goliath story now unfolding.

It is not only the sunflower, the national flower of Ukraine, that has sparked this support and a barrage of images on the internet,  but also interpretations of blue and yellow which are the colors of the Ukrainian flag.

For our friend Ukrainian-born Olena Tcaci, who runs Dandelion Floral Art in Canada,  “I have never been so proud of my courageous people. I would like to thank my florist friends who support me with their warm messages from all over the world.”

She created this image in support of her native country.

In Amsterdam, Natasja Sadi coincidentally had planned a visit this week to the Anne Frank museum with her young children where discussions about injustice and aggression were felt deeply. Then the invasion of Ukraine by Russia took place.

“How do you explain war to your children? For the second time in one week, we had to explain evil,” she recalls. “Flowers feel so futile at this moment in time when there is so much sadness and heartbreak. ” However, she created this arrangement of sunflowers for support of Ukraine and its “strength and bravery.”

Although Dutch-born Van Gogh is so associated with sunflowers, Sadi is one of many artists now inspiring through this beloved flower.

As Helen Mirren said, “I don’t think there’s anything on this planet that more trumpets life than the sunflower. That’s because of the reason behind its name. Not because it looks like the sun but because it follows the sun. During the course of the day, the head tracks the journey of the sun across the sky. A satellite dish for sunshine. Wherever light is, no matter how weak, these flowers will find it. And that’s such an admirable thing. And such a lesson in life.”

Expect to see many more sunflower motifs being weaved into fabrics, wallpapers as well as flower arrangements. All these images are so heartening and give us faith in humanity.

It does say something about a culture when their national flower is the sunflower. Ukraine is also the world’s largest producer and exporter of sunflower seeds and sunflower oil.

Turns out that because of the Orthodox Church restricting butter during lent, sunflower oil took off in the 1800s when the flower seeds were imported from North America, as did a love of this flower. Soon there were big fields of sunflowers all over Ukraine.

Explains Luba Rudenko, “You see sunflowers in the yards of village houses, they are woven into wreaths (venki) for girls to wear at celebrations. They’re embroidered on fabrics and painted on walls, wooden furniture, and household items in a folk art called petrykivka.”

This is how we are tied together through a flower. North America to Ukraine.

This week a flower has been a messenger for peace – as it often is – when a woman, confronted by a heavily-armed Russian soldier, offered him sunflower seeds — so that they might bloom when he dies. She is being hailed as a hero.

Then there were those images of Ukrainian female soldiers lined up for battle to defend their country and values. The brave women carefully put flowers in their hair consisting of the national flower of a sunflower paired with a blue flower – since the flag is blue and yellow. It is yet another example in history of how flowers are symbolic and relevant.

And when “Saturday Night Live” opened its show, there were sunflowers all over the set – showing in simple ways how the sunflower is now so associated with Ukraine.

As we know, since ancient times, flowers have not only been a source of comfort but also quietly teach lessons about the cycles as well as the fragility of life. The poppy became a military symbol because after Napolean razed Europe, and so many had died without proper burials, red poppies grew mysteriously over the land giving people hope for the future.  The same phenomenon happened during World War I which created the famous Flanders poem, as well as the further layering of the poppy, to become a military remembrance and symbol around the world.

Now flowers with blue and yellow along with the sunflower will be symbols of hope, resilience, and appreciation for bravery. Here are just a few inspiring ones ranging from artists including Kiana Underwood from Tulipina to Beth OReilly. Then there is the generosity. of Baker Creek, one of the United States’ premier sources of rare and heirloom seeds, who just raised $1.6 million to help Ukraine.

Because as Theodore Roethke said, “Deep in their roots, all flowers keep the light.”

Jill Brooke is a former CNN correspondent, Post columnist and editor-in-chief of Avenue and Travel Savvy magazine. She is an author and the editorial director of FPD and floral editor for Aspire Design and Home magazine and a contributor to Florists Review magazine. 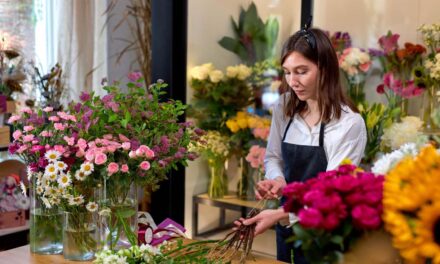 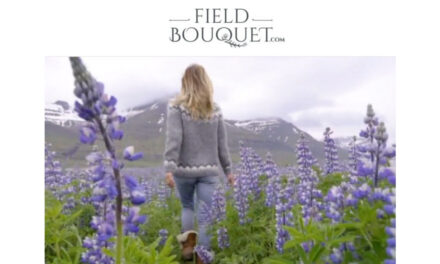