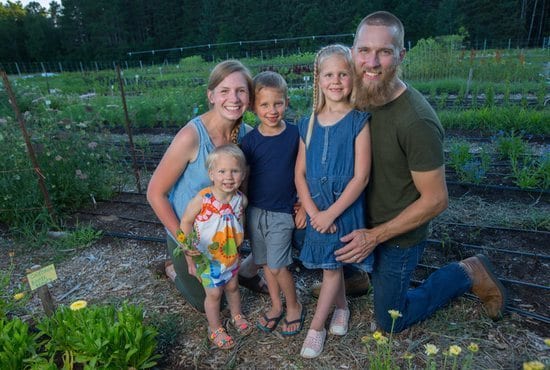 Kristen, left, and Jonah with their three children: Chiara, left, John Paul and Lilly. DAVE HRBACEK | THE CATHOLIC SPIRIT “There are some Black-eyed Susans over here that I love,” Kristen Carlstrom said as she walked toward rows of yellow-petaled flowers with their signature chocolate-colored center. She crouched down and cradled one of the blooms in her hand. “These are totally unique,” she said, noting that her variety has more layers of petals than the typical flower. “The colors go beautifully with so many other things. I love how frilly it is.”

It was evening at the end of July, and the lowering sun cast a golden hue over the quarter-acre flower field. Kristen’s three children played nearby, with her oldest, 7-year-old Lilly, carefully cutting a small bouquet; John Paul offering to water the blooms; and 2-year-old Chiara eyeing the blossoms. As she walked between the rows, her Birkenstocks softly crunching the dry grass paths, she pointed out other flowers — Chocolate Lace, strawflowers, sweat peas — which she lovingly grows, harvests and sells in her family’s new cut flower business.

Kristen and her husband, Jonah, began Sparrow Farms this year, a project built on the dream of living and working at home together as a family, and leveraging the resources available to them. Neither Kristen nor Jonah grew up on a farm. High school sweethearts, the 30-year-olds met at the parish they still attend, St. Paul in Ham Lake. They went to college together at Franciscan University of Steubenville in Ohio and married in 2013. Six years ago, they rented a farmhouse near Ham Lake, on 20 acres with a field bordered by pines. After it sat fallow for a few seasons, they approached their landlord and arranged to begin farming it. This spring, they planted a plot with 50 different types of flowers. Kristen cuts, arranges and sells bouquets.

Kristen and Jonah are convinced that God has led them to begin this venture, but they wear no rose-colored glasses about the challenge they’ve taken on. When asked July 30 what he sees when he looks over the field, Jonah chuckled and said, “a lot of labor.” In the spring, he and Kristen ordered mounds of compost to prepare the field’s otherwise “sandbox” soil, spreading it over layers of salvaged cardboard to help retain moisture and quality. He built a fence to keep out deer, like the five he observed grazing across the road that evening, as well as an irrigation system.

Jonah holds a master’s degree in counseling, but decided the career wasn’t for him. He works as a house inspector, but is an entrepreneur at heart. The flower farm by far is the biggest risk he and Kristen have taken, he said. They hope that eventually it could become their full-time business.

When they began researching farming, they planned to grow organic food. They were inspired by the writings of Joel Salatin, a Christian farmer in Virginia who has become the godfather of a movement favoring small-scale, sustainable, family-based farming. […] 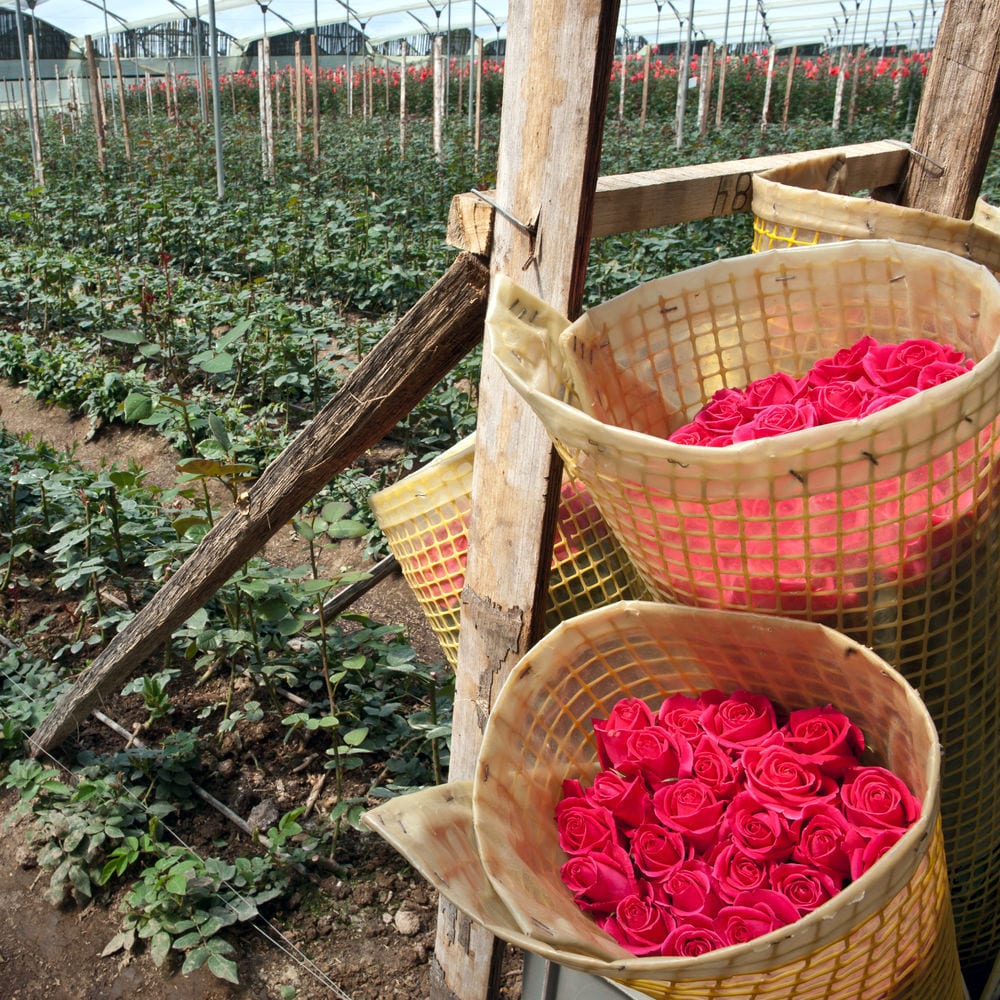 Cosentino: Where are the flowers?

How Digital Platforms Are Revolutionizing The $100B Flower Biz