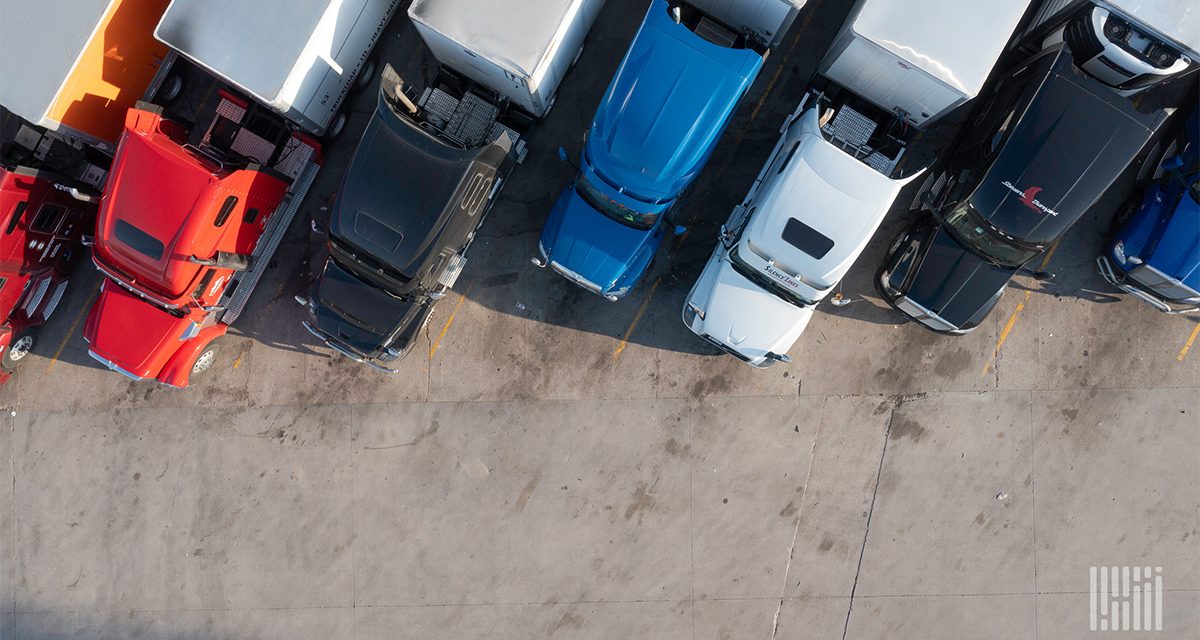 By now, most industry observers and analysts agree that the U.S. truckload market has slowed significantly, part of a broader goods normalization and hangover in our COVID recovery. Trucking carriers have reacted to the slowing business environment by deploying their assets on power lanes between major markets that are still dense with activity. But that tactic has had the effect of driving tender rejections in the largest U.S. markets even lower than the national average. Time will tell, but for now, with August real goods spending down 0.2% year over year, most parts of the truckload market are on a clear downward glide.

By now, most industry observers and analysts agree that the U.S. truckload market has slowed significantly, part of a broader goods normalization and hangover in our COVID-recovery. Multiple spot rate benchmarks have been falling for months; capacity metrics have loosened. Accepted contract loads (CLAV.USA) peaked in October 2021 and just took a sharper turn downward.

National outbound tender rejections (OTRI.USA), which measure the percentage of truckload shipments tendered by shippers that are rejected by trucking carriers, fell to a new cycle low of 5.05%. That’s a very low level last seen in May 2020, when the economy was climbing out of its lockdown-induced deep freeze. When freight is plentiful and trucking carriers have options, they reject contract shipments for higher-paying spot loads and tender rejections rise. But when the market softens, carriers worry about filling their trucks and take all the contract freight they can get, lowering tender rejections.

Trucking carriers have reacted to the slowing business environment by deploying their assets on power lanes between major markets that are still dense with activity. But that tactic has had the effect of driving tender rejections in the largest U.S. markets even lower than the national average.

Trucking carriers are only rejecting 3% of contract loads outbound from Los Angeles and 4.5% of loads outbound from Chicago. Of the five largest markets, only Harrisburg, Pennsylvania, tender rejections (OTRI.MDT) at 6.39% are higher than the national average. That higher floor may be supported by the reefer market out of Harrisburg, which is rejecting 7.5% of outbound loads, and may tighten further as temperature-controlled food imports into Philadelphia peak during the Northeast winter.

Spot rates fell hard in the first half of 2022, but national averages have been somewhat range-bound since mid-August. The National Truckload Index, Daily Report – Linehaul rate (NTIDL.USA) is now at $1.90 per mile, well below the Van Contract Rate Per Mile, Initial Report (VCRPM1.USA) at $2.70, which itself has fallen about 25 cents from its mid-June peak.

There are cleavages in the contract truckload market, though, that national benchmarks may sometimes obscure.

“I think there is a big gap between live/live contract and drop/drop contract that nobody is talking about,” said William Kerr, president at Edge Logistics, a tech-enabled freight brokerage based in Chicago projected to generate $150 million in gross revenues this year. “When you look at big data rates, you have to take the contract with a grain of salt because 70% of the data is drop/drop.”

Kerr referred to the distinction between truckload shipments that are loaded and unloaded live, as the driver in his or her truck waits at the dock, and drop shipments in which the driver picks up and drops off preloaded trailers without having to wait for loading and unloading.

Setting up a drop trailer pool with a shipper customer requires a higher level of commitment from the carrier and a closer, more collaborative relationship with the shipper customer to manage the assets, and Kerr suggested that the contract rates for that kind of service were holding up better than those for live/live shipments. On the other hand, live/live shipments can be handled by carriers hired the day of, so non-asset freight brokerages have typically concentrated on that kind of business.

“I think the correction has been long underway in the live/live market,” Kerr added. “Once we get to February and March and the drop/drop market rolls over, live/live spot will come roaring back.”

The spread between spot and contract rates blew out into negative territory as spot fell hard but has been closing back up toward zero as spot rates stabilized and contract rates started to react to downward pressure. Kerr confirmed that contract volumes were lower than projected, revenue per load was down and net revenue dollars per load were down but that gross margins were holding steady. That implies that in the freight brokerages’ share of the truckload market, both contract and spot rates are actually lower than market averages with heavy exposure to asset-based carriers’ transactions and drop/drop shipments.

Like other freight brokerage executives who have spoken to FreightWaves in the past month — including Doug Waggoner, CEO of Echo Global Logistics — Kerr seemed to sense pockets of instability and unsound capacity that were primed for the next upcycle. Last month, Waggoner warned that lower truck orders portended an equipment-driven capacity crunch, perhaps catalyzed by an unforeseeable external event sometime in the next year. Kerr’s hunch has more to do with the internal dynamics of the market and the sequence in which capacity and volume enter and exit different market segments.

David Spencer, director of business intelligence at Arrive Logistics, a large Austin, Texas-based freight brokerage that will record approximately $2.5 billion in gross revenue this year, agreed that contract rates for drop trailer shipments tend to be stickier because those carriers staging drop trailers at customer locations are harder to replace. So when contract rates are falling, drop/drop rates will be more stable and lag behind any price move.

But Spencer cautioned that the economics of drop/drop loads for carriers can be complex: Although they have to provide equipment, they gain efficiencies from quick drop-and-hook freight, allowing them to run more miles. In other words, even if rates for drop/drop loads move more slowly, they aren’t necessarily higher than live/live rates—usually only for multi-day transits, Spencer said.

That said, there’s a plausible way that a capacity-driven turnup could materialize in 2023. If shippers rapidly shift strategies from focusing on maintaining service to managing spend because capacity seems abundant, they might well de-emphasize drop trailer networks and other contracted and semi-dedicated arrangements in favor of cheap spot capacity. Enterprise carriers, many of which have already paused growing their fleets because of difficulty recruiting and retaining drivers, could find new equipment harder to procure next year. More freight could be pushed into the spot market that way and rates could turn up again, especially if enough time has passed for significant spot capacity to exit the market.

Time will tell, but for now, with August real goods spending down 0.2% year over year, most parts of the truckload market are on a clear downward glide. 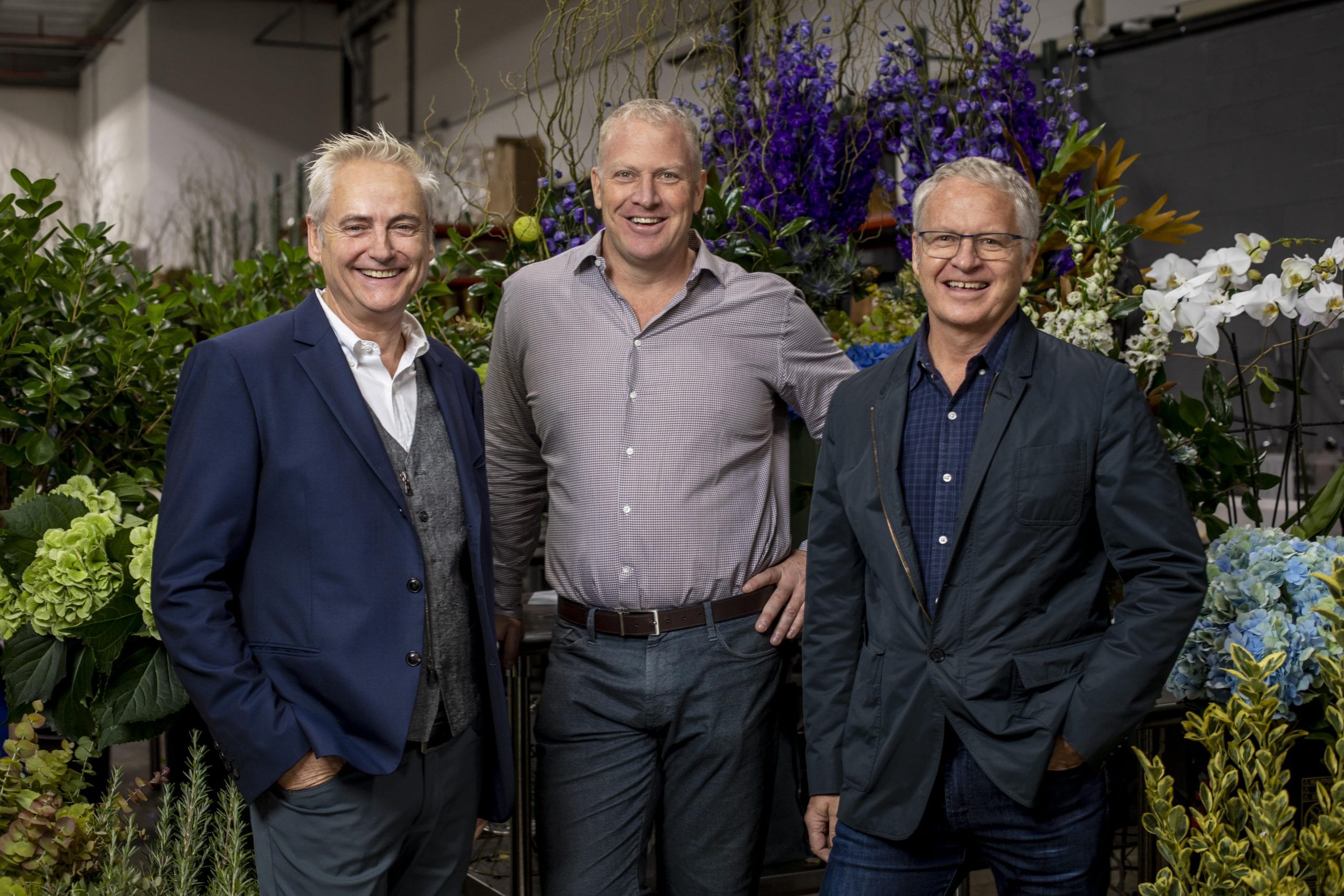 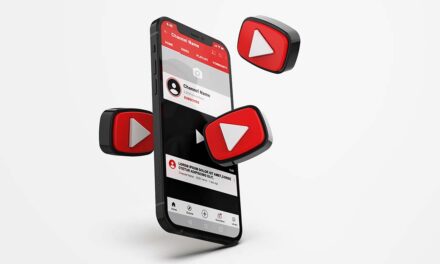 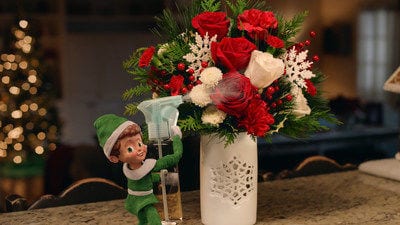 Teleflora Unwraps New Campaign, “The Elf,” to Pay Tribute to Those Who Orchestrate Holiday Magic 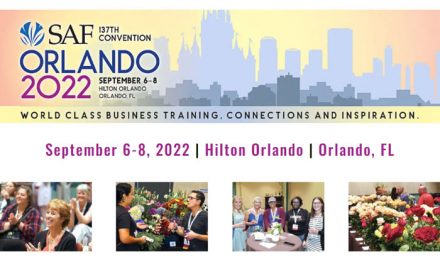