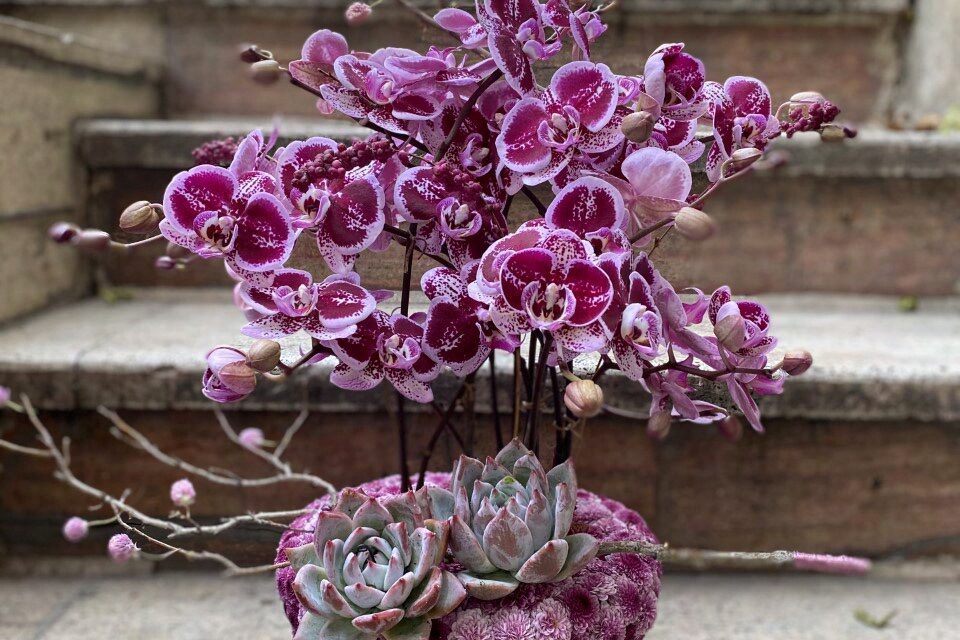 All About Our Five Favorite Orchids

Since orchids became popularized during the 19th century, botanists have hybridized more than 100,000 new types of orchids, spanning every color and form known to the human imagination. But their diversity did not begin there. Beginning in prehistoric times, an estimated 76 to 84 million years ago (according to British botanist Mark W. Chase in a paper he published in 2001), it is thought the orchid family—taxonomically known as Orchidaceae—began to claim its crown as one of the two most dominant types of plants found on this planet today. Accounting for a whopping 6 percent to 11 percent of all seeded plants on Earth, these celebrated flowers typically thrive in tropical climates, but they also appear as native plants in regions as far north as Alaska, with hardy genera such as the terrestrial orchid, Goodyera oblongifolia, which is commonly known as rattlesnake plantain.

Culturally, orchids have long been prized by humans not only for their otherworldly beauty but also for their spiritual significance and edible qualities. Ancient Greeks believed orchids possessed aphrodisiac qualities while the ancient Chinese prized them as healing tools capable of treating violent coughing fits. In Turkey, orchid tubers from the genus Orchis are powdered and turned into a tasty wintertime drink called “salep,” and in Tanzania, the roots of a now- endangered terrestrial orchid have long been prized for their rich meat-like flavor.

The practice of enjoying orchids as cut flowers and houseplants is a comparatively new phenomenon dating back to the publishing of the first edition of The Orchid Grower’s Manual in 1851, by B.S. Williams. Prior to the publishing of this book, Western interest in orchids enticed many travelers and explorers to brave grave danger to collect samples of plants that would fetch large sums of money when trafficked to Europe. Today, this practice is banned under the Convention on International Trade in Endangered Species of Wild Fauna and Flora (CITES). Thankfully, in this modern age, have we perfected the successful cultivation of many genera, species and varieties of orchids for both cut flower and indoor plant enjoyment.

OUR FIVE FAVORITE TYPES OF ORCHIDS

Commonly known as “boat orchids,” Cymbidium orchids feature butterfly- like open sepals with highly defined labella. These orchids come in a variety of colors, and some species possess a beautiful subtle fragrance.

Cymbidium blooms on plants can last one to three months, making them ideal for flower shops. These plants also have a surprisingly high tolerance to low temperatures, easily surviving nighttime temperatures in the 50s. For best results, provide diffused light, and water frequently, but never allow roots to sit in standing water because they are prone to rot.

With the common name of “moth orchid,” Phalaenopsis is celebrated for its sophisticated style and ease of care. Many varieties have white or pink blooms, but hues also include purple, lavender, pale lime green and pale yellow, as well as multicolored spotted, speckled and striped blooms.

Cut Phalaenopsis blooms can last one to two weeks. For best results, occasionally mist the blooms with room-temperature water.

Phalaenopsis blooms on plants can last one to two months. These plants are now available with delightfully curved stems. These plants favor temperatures in the 60 F to 70 F range and can do well in low-light environments and with infrequent watering.

Cut Cattleya blooms can last up to seven days. For best results, order close to the date of use.

Cattleya blooms on plants can last one to two months. These plants favor temperatures in the 60 F to 70 F range and high humidity (50 percent), spaced with periods of drying.

Commonly known as “Singapore orchids” and “bamboo orchids,” Dendrobium orchids are native to multiple countries throughout Asia. They are most commonly available in white, purple, lavender, pale lime green and pale yellow hues, as well as lovely bicolors.

Cut Dendrobium blooms can last one to two weeks. For best results, store blooms above 50 F, with high humidity.

Dendrobium blooms on plants can last four to six weeks. These plants favor temperatures in the 70s,
and they prefer lots of diffused light and high humidity.

Oncidium blooms on plants can last one to three months. These orchids require bright indirect light and can tolerate low humidity, but they require lower nighttime temperatures to thrive. 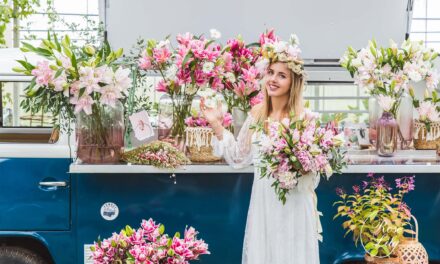 Roselily® Series is the Gold Standard of Double Lilies

Blazing Their Own Trails 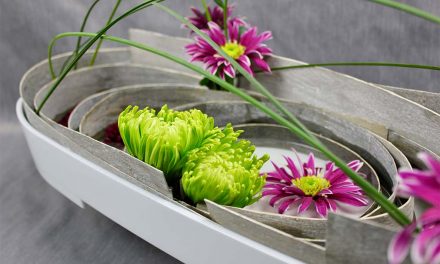 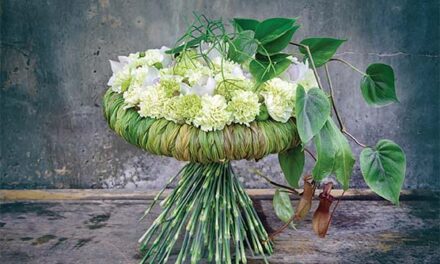