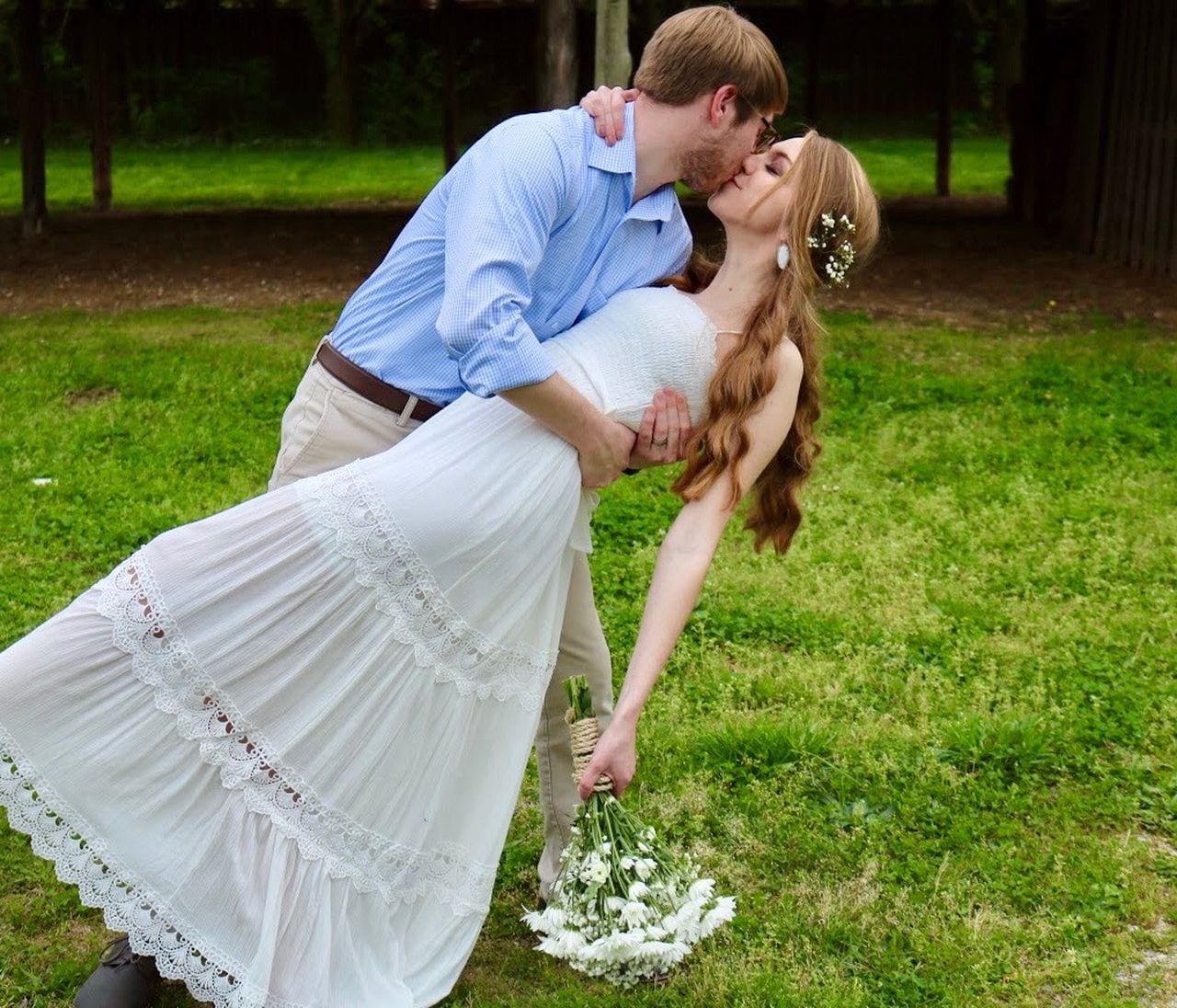 Heather and Preston Lamb pose for a picture on the day of their elopement on April 4, 2020 in Madison, Ala. (Photo provided by Heather Lamb) Heather Perkinson’s friends always said that if one of the group were to elope, it would be her. Heather understood why they said that, but she was looking forward to the simple, rustic wedding she, her fiance and her mother planned.

On May 15, Heather was going to marry Preston Lamb in a barn setting surrounded by family and friends.

Yet on April 4, Heather and Preston found themselves driving four hours to make it to Madison in time to say their vows before Governor Kay Ivey’s "Stay at Home" order went into effect at 5 p.m.

"There were times when we were like, we’ll just elope so we don’t have to wait for the wedding, but then it ended up happening in the end, which is crazy," Heather said. "I never thought I actually would elope."

The couple decided to elope on April 3, a day before the ceremony. While they drove, their families scrambled to get everything ready, so it’d be as nice as possible.

Instead of a reception, they had a small family affair. Instead of a honeymoon to the Disney Resort in Hawaii, the Lambs went straight into quarantine. Instead of legally changing her name to Lamb, Heather had to content herself with a Facebook change because the coronavirus made the process difficult. Instead of wearing her wedding dress, Heather wore a dress she had for her bridal shower, which was also affected by the pandemic. The couple plans to reschedule their reception and honeymoon for a later date.

Despite the rush, the hassle and the pared-down ceremony, the day was still special for them. Family and friends sent gifts, and they got to focus on the most important thing — marrying the person they loved.

Once the Lambs finally get to have their reception, they know it’ll be even more special than the one originally planned.

"It will have a greater meaning one because we finally get to celebrate," Preston said. "But also, we’ll get to see all of those college friends that we thought we were going to have six more weeks with before all of the virus stuff happened."

And Heather will finally get to wear her wedding dress. After getting over their disappointment of losing their planned wedding, many brides, like Heather, are discovering that simple ceremonies can still be beautiful, said Stephanie Whitaker, the founder of Engaged Wedding Library .

Engaged is a service that gives brides access to wedding vendors and helps them to connect, so Whitaker has been in close contact with all of the industry’s key parties as they grapple with the coronavirus pandemic significantly altering wedding plans.

Some brides postponed or canceled their weddings, but Whitaker says most have opted to have a small ceremony and a rescheduled reception.

"(A) consensus that we’ve heard is when these girls have decided to go ahead with the ceremony, even if it didn’t look like […] 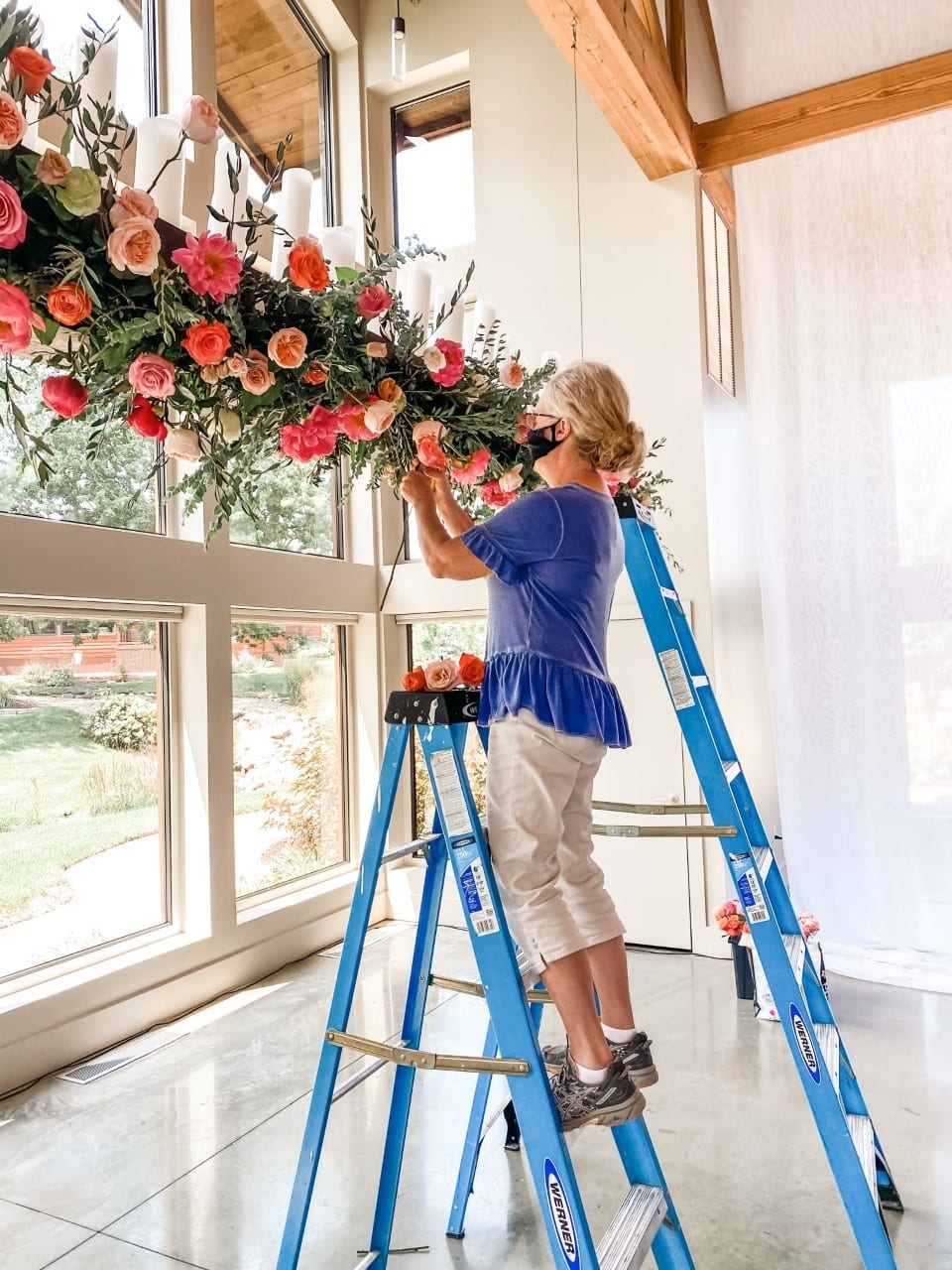 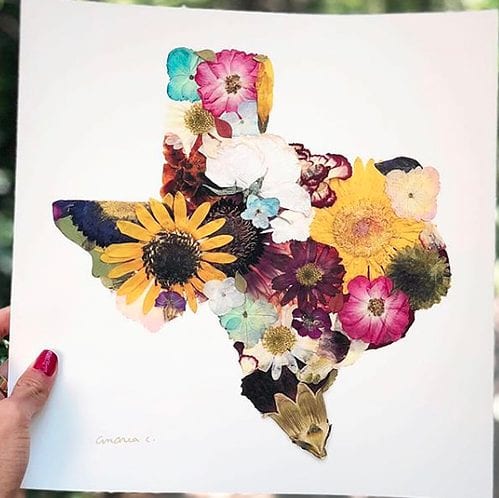