Showcasing Mums and More at the Chinese Garden in Portland

“The Ninth Moon Floral Design Showcase brought out the best of the Pacific Northwest again this year.”

Like salmon swimming upstream – navigating dangerous waters, getting pushed back and leaping forward – life can be challenging. And when those salmon get to a formidable waterfall in their path, do they make a valiant push up and over it, or do they give up and fade away?

“Fish swim upstream. It’s tedious and hard. It’s life,” Chen says. “And when they get to this waterfall, they have to decide if they are going to jump over the waterfall and become a dragon or if they are just going to die, fall to the side or go back to where they started. The moral is that with courage, love and perseverance, you can succeed.”

This year’s Ninth Moon Floral Design Showcase, which celebrated the beauty and significance of chrysanthemums, took place over three days the first weekend in November. Held again at the Lan Su Chinese Garden and presented by the garden and the Floral Design Institute, the showcase featured 25 floral creations from regional designers. Designs included everything from the elaborate to the sim-ple. “Chinese Wedding Gown” (opposite page, right), from Jeri Barr, Carolyn Catron and Lacey Carroll, featured a stunning array of reds and yellows – and took first place in Jury’s Choice – while Thang Ngo’s “High and Low Tides” (above), which tied for first in Designer’s Choice, was a simple Asian motif built around an undulating piece of wood.

“Leaping Over the Dragon’s Gate” by Annie Chen, AIFD, and Kirstin Garber, won awards in all three categories. It captured two fi rst-place awards, in the People’s Choice and Designers’ Choice (tie) categories, and it took third place in the Jury’s Choice category”

A Compilation of Inspirational Creations from Prominent Asian Designers. The book spotlights 14 Asian designers through amazing photographs of their spectacular floral designs.

The three designers signed copies of the book for floral fans throughout the weekend. And when it was all wrapped up, Greg closed the weekend with a farewell Facebook post: “Here’s to another great Ninth Moon Floral Design Showcase in the books!” 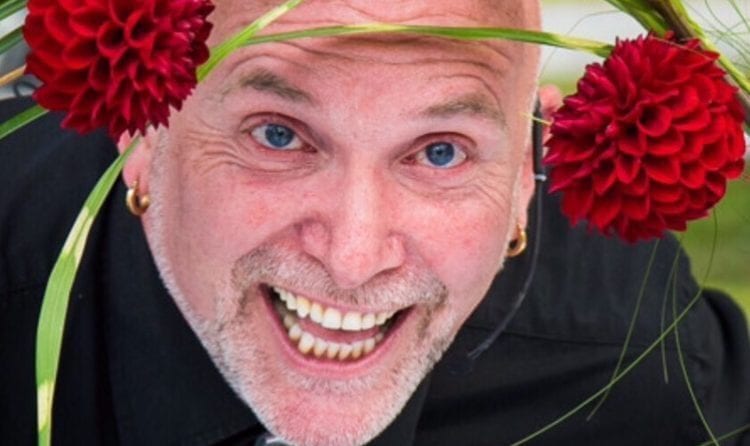 Make My Wedding Simple Yet Elegant 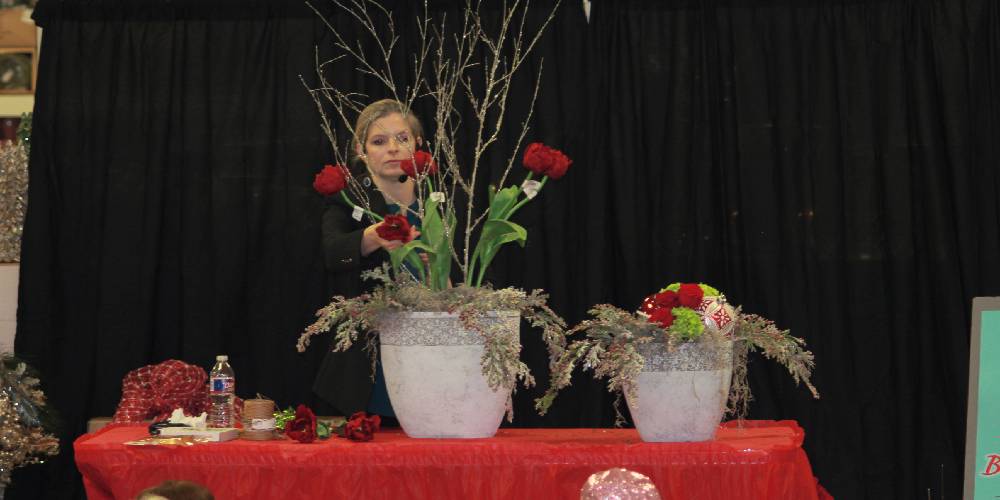 Michigan Floral Community Comes Together, Even in a Pandemic! 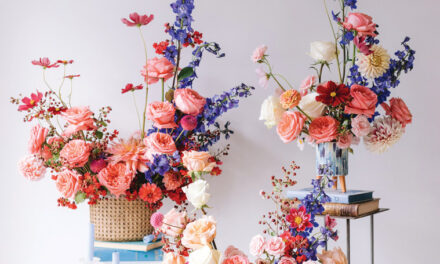