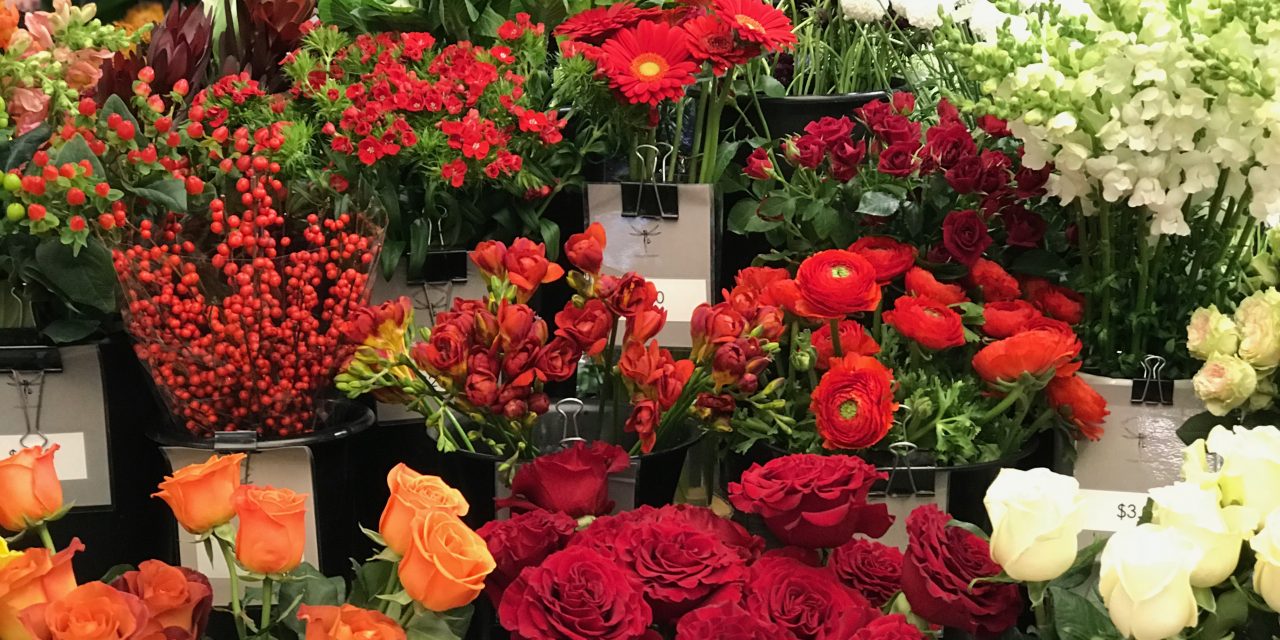 Everyone finds their aha moment in unexpected places, and for Brenda LaManna, founder and president of Damselfly Flowers, which is headquartered in White Plains, N.Y., and currently has seven retail “pop-up” stores throughout New York City as well as in Greenwich and Wilton, Conn., it was while reading the book, Borrowing Brilliance: The Six Steps to Business Innovation by Building on the Ideas of Others by David Kord Murray.

A talented award-winning florist whose credits include designing the Hamilton-inspired design for the Fleurs de Villes event at NYC’s Hudson Yards, LaManna was looking for creative ways to stretch her business in what was clearly becoming a changing environment. After all, supermarkets had been expanding their floral offerings and at discounted prices. The daily grind—and cost—of managing a stand-alone business with rent, utilities, snow removal, etc., were sobering and increasing.

LaManna was open to ideas and was seeking solutions. Just like she researched the most prolific blooming rose or interesting parrot tulip, she wanted to dig deeper into her business model. “While reading the book, I learned that so many successful business models were franchise businesses,” she states. “Multi-locations were the secret.”

And from that moment, the seed was planted to develop pop-up flower shops in several locations. Instead of going with the flower truck concept, which many enterprising florists are using, LaManna wanted to find and create “stores within stores.” She wasn’t going to go to a large chain supermarket. No, LaManna reasoned that it would be better to pursue other similar-sized businesses where they could collectively benefit.

While visiting her daughter in Connecticut, she often visited a specialty store called Village Market, in Wilton. Being enterprising, and fueled with the knowledge from this book, she suggested a flower partnership.

“We provide a full-service high-end flower shop,” she says. “We offer something a supermarket does not: customized handheld bouquets designed with European-quality flowers, with their own packaging containing water, to just pop into a vase. That store has 10,000 people who shop there regularly.”

It became such a success six years ago that now she has branched out to six other retail locations, including in Grand Central Terminal, in the heart of New York City; Chelsea Market; Moynihan Train Hall; and Fulton Center. And more are lining up.

Customers can also ooh and aah over the unique offerings that LaManna strategically makes sure Trader Joe’s doesn’t have so that clients can also “see it, want it, and then we wrap it up.”

Now, LaManna is quietly but effectively running a major business that is also churning profits and now also comprises Damselfly Designsand Damselfly Direct. With multiple retail locations, the amount of flowers she orders allows her to get better pricing, which then is passed along to customers.

Paulino Gaspar’s story was very different than LaManna’s. Although in his native country of Mexico, he remembers working on his grandfather’s farm, coming to the United States, he didn’t think of a career in floral design. However, fate had other plans. While bicycling to work, he got hit by a car, putting him in the hospital and rendering him unable to work. To complicate matters, he was the father of a three-year-old daughter, Angelina, and he soon became homeless without steady work. A homeless shelter was not where he wanted to raise his beloved daughter.

“It was a tough time, and I was looking for something to do,” he remembers. A friend was working at a small flower shop in New York, and Gaspar asked him if he could buy some flowers wholesale to resell. He put them in pretty bouquets and literally sold them from a shopping cart that he would wheel around New York City with his daughter in the front shelf of the cart.

As the bouquets sold, he started saving and saving. Although his “pop-up” may have initially been a shopping cart instead of a truck, a “pop-up” business was born, which he named Angelina’s Petals. “[A pop-up] reduces cost,” he says. “You don’t have to pay insurance, utility bills and can just sell flowers and see what customers want.”

In just a few years, Gaspar saved enough money—and generated a loyal clientele—to open his own floral shop, natch, called Angelina’s Petals. He also was impacted by the “pop-up” experience, especially during the pandemic. “I realized that a lot of shops had closed and people were out of work,” he says. “I started asking smaller food markets if they wanted to have a flower section, to split costs and make sales.”

Now, aside from his brick-and-mortar shop in uptown NYC, he also has a “pop-up” flower shop at The Market @ Mercedes House in the Hell’s Kitchen neighborhood on the West Side of Midtown Manhattan, and he is looking for other places for this model. Al Vora, owner of The Market @ Mercedes House, says that customers like seeing Gaspar’s flowers when they enter the store. “There’s definitely a wow factor, and people like it,” he says.

“A friend gave me a chance, and now I want to be the person helping others to sell flowers in these markets,” he says. “Flowers are therapy, in many ways.” And they are good for sales, too.

Vora says the relationship is mutually beneficial. During the pandemic, supermarkets were a refuge and also where customers started buying more flowers as indulgences for themselves. Grocery stores have now evolved to be one-stop shopping experiences.

“These days, we’re competing not only with the bigger supermarkets but also Target and Walmart,” Vora says. “Having flowers keeps us competitive by offering something special.”

For Vora, choosing someone like Gaspar proves that the design-focused florist is an added bonus for customers. LaManna agrees with this strategy. “The florists at these stores know how to preserve and take care of flowers,” she says. This also makes the flower experience more of a boutique special purchase than at the large supermarkets.

In fact, at some stores, according to the International Fresh Produce Association (formerly the Produce Marketing Association), cut flowers may account for only “1 percent to 3 percent of total sales, but get a gross margin of 47 percent.”

Although the demand for “pop-up” flower areas in stores is likely to expand in 2023, the old-fashioned fun pickup truck is still as popular as ever. Not only are they used to develop small businesses but “pop-up” trucks are now rented out, creating another revenue source. In Boise, Idaho, Roni Pladsen, who owns Posy Blue, rents out the flower-filled truck to come to wedding showers, birthday parties or any celebration, to create flower activities.

Charlotte Hall, managing director of Alexandria, Va.’s Old Town Business association, was a fan of pop-up flower trucks when a main street in 2020 was converted for pedestrians to eat and enjoy activities. She endorsed Lily’s Flower Truck, which is now a fan favorite and was started by Catherine Soltesz in June 2020. Furloughed during the pandemic in the spring of 2020, Soltesz decided to experiment with her passion for flowers and, as she says, “bring happiness to others.” It now has become a popular weekend activity.

Hall says Lily’s Flower Truck has been a great addition. “We can support pop-up flower trucks, and then, in time, [an owner] may rent a store and become a business in the neighborhood.”

Soltesz has been expanding her business and has purchased a second truck, which travels throughout Washington, D.C.; Maryland; and Virginia.

“The demand for beautiful flowers continues to grow,” says Ashley Greer, a celebrated floral designer and owner of Atelier Ashley Flowersin Alexandria, Va. “Pop-ups help people get started. But this is a business where consistency and talent prevail. You need both a business and design sense, especially if you are going to produce bigger events, and you must understand your clients and your particular market.”

As Greer and others say, success means also being adaptive to change; otherwise, you become stale and stagnant, especially as more designers enter the marketplace. As Anaïs Nin, the French-born American diarist, novelist and writer of short stories, wrote, “And the day came when the risk to remain tight in a bud was more painful than the risk it took to blossom.” 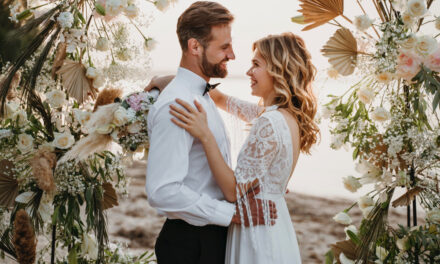 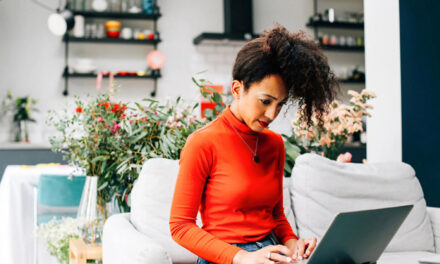 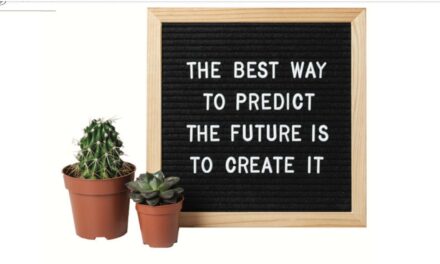 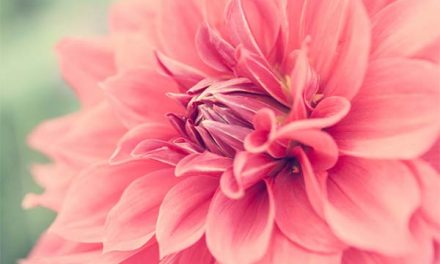