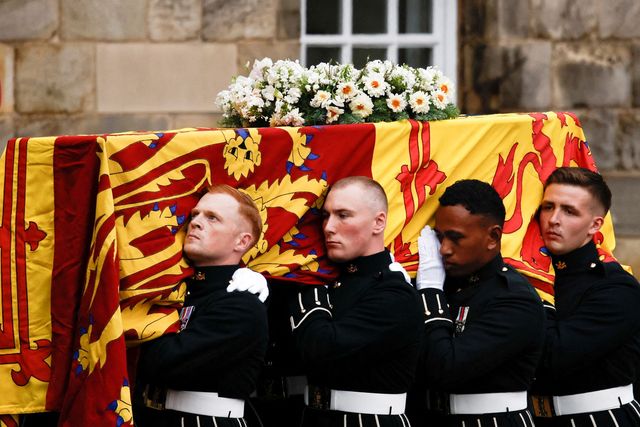 A lot of thought went into the flowers for Queen Elizabeth. The Queen had a true love for flowers, and that was reflected in her funeral service. This is a very interesting article about the significance and history of particular flowers chosen by the royal family. Sometimes the smallest details say the most.

Sometimes the smallest details say the most.

As a gun carriage procession took Queen Elizabeth II’s casket past thousands of mourners from Westminster Abbey to Wellington Arch in London, and ultimately on to St. George’s Chapel in Windsor this morning, one image remains that will likely survive the passage of time: an elegant, billowing floral arrangement filled with seasonal pink-and-burgundy blooms atop the coffin. Beyond the fittingly stunning array of flowers, which added quiet beauty to this historic moment, there’s more than meets the eye. Here’s the poignant meaning behind Her Majesty’s tributary botanics.

WHAT FLOWERS WERE PLACED ON THE QUEEN’S CASKET ON SEPTEMBER 19?

The oak casket was draped with the Royal Standard and topped with the Imperial State Crown, the Sovereign’s Sceptre, and the Sovereign’s Orb. Beside the glittering crown jewels and regalia was an assemblage of gold, pink, and burgundy blooms that were carefully chosen by the new King Charles III. The arrangement contained rosemary, myrtle, English oak, dahlias, roses, autumnal hydrangeas, sedum, scabious, scented pelargoniums, and sweet peas.

WHAT’S THE HISTORY BEHIND THE ARRANGEMENT?

The bespoke wreath features flowers that were plucked from the Queen’s royal residences—the gardens of Buckingham Palace, Clarence House, and Highgrove House. A romantic nod to her Majesty’s late husband, the myrtle used in the bouquet was grown from the same myrtle the Queen carried in her wedding bouquet when she married Prince Philip in 1947.

“At the King’s request, the wreath contains foliage of Rosemary, English Oak and Myrtle (cut from a plant grown from Myrtle in the Queen’s wedding bouquet) and flowers, in shades of gold, pink and deep burgundy, with touches of white, cut from the gardens of Royal Residences,” a tweet from Buckingham Palace read.

In among the flowers was a handwritten card that read: “In loving and devoted memory, Charles R.” At King Charles III’s request, the wreath was sustainably made without floral foam.

WHAT DID THE FLOWERS SIGNIFY?

Each flower held its own special meaning. The rosemary represents remembrance, the myrtle is an ancient symbol of a happy marriage, and the English oak symbolizes strength, a nod to the Queen’s constancy and steadfast duty. The sweet peas were a favorite of the queen’s and the flower of her birth month (see below).

WHAT ABOUT THE FLORALS INSIDE WESTMINSTER?

Inside Westminster Abbey, the floral displays were a more subtle white and green—though subtle only in color. These huge arrangements contained asiatic lilies, gladioli, alstroemeria, eustoma, foliage of English oak, weeping birch, sprigs of myrtle, and lily of the valley, according to the Guardian.

WHAT ABOUT THE WREATH ON THE QUEEN’S CASKET ON SEPTEMBER 12?

As her coffin traveled along the Royal Mile in Edinburgh just days after the Queen’s passing, her coffin was adorned with a traditional white wreath. The circlet was made up of white flowers including sweet peas, dahlias, phlox, white heather, and pine fir, the royal family revealed. The Daily Mail reported that the wreath also contained spray roses, freesias, button chrysanthemums, dried heather, spray eryngium, foliage, rosemary, hebe, and pittosporum—all white or green.

The wreath’s blooms, plucked from the Queen’s beloved Balmoral garden, bore a striking resemblance to the white wreath that Queen Elizabeth II selected to sit upon the coffin of her husband, the Duke of Edinburgh, in 2021. His wreath featured white lilies, roses, freesia, wax flower, jasmine, and sweet peas—which the monarch endearingly picked out herself for his wreath, according to Hello! Magazine.

WHAT’S THE SYMBOLISM BEHIND THE FLOWERS FROM THAT FIRST WREATH?

Three of the flowers that were placed on both the Queen’s and Prince Philip’s coffins have particular significance. Sweet peas are the birth flower of April, the Queen’s real birthday. In the language of flowers, sweet peas signify departure and goodbyes. White roses are associated with loyalty. And freesias are symbolic of friendship and perseverance, a touching nod to their long-lasting marriage.

WHAT WAS QUEEN ELIZABETH’S FAVORITE FLOWER?

Seen in the Westminster floral displays, lily of the valley held pride of place in the Queen’s botanical affections. Elegant yet hardy, it is a woodland plant with dark green leaves and white bell-shaped flowers that are known for their sweet smell. It is famed for being relatively easy to grow. Lily of the valley symbolizes motherhood, purity, and good luck—but the sentimentality goes beyond textbook definitions for the Queen. She carried the flowers in her bouquet of orchids when she married the Duke of Edinburgh in 1947, and they were featured six years later in her coronation bouquet. When her husband died in April 2021, they were again used to decorate the church in reference to their bridal bouquet. In addition to being a staple flower for key royal events (and a fixture in Kate Middleton’s wedding bouquet), lily of the valley is also a permanent feature of the floral displays at Buckingham Palace. It is fitting, then, that the white blooms were part of the Queen’s final farewell ceremony in London.

IS THERE A ROSE NAMED AFTER THE QUEEN?

Other potential floral flourishes that could make their appearance in the upcoming funeral are the Queen’s own namesake blooms (there’s more than one). The royal family has a long history of lending their names to specific botanicals—and the Queen, a lover of all things horticulturally minded, is no exception. The Dendrobium “Queen Elizabeth II” is a tropical orchid that was named after the Queen during her 1972 tour to Asia. The evergreen plant produces long arching flower stems that carry up to 20 long-lasting yellow flowers. The Camellia japonica “Her Majesty Queen Elizabeth II” is a peony-type rose with salmon pink flowers that blossoms for just two weeks in the spring. With showy blooms that can grow to 12 centimeters, these glossy evergreens hailed from the United States in 1953. Introduced just this year are the Rosa Queen Elizabeth, a sweetly scented pink hybrid tea rose from Harkness Roses to commemorate the Queen’s Platinum Jubilee, and the Elizabeth (Ausmajesty), a tall silver-pink rose bred by the Royal Horticultural Society in honor of what would have been Prince Philip’s 100th birthday. Our favorite detail? The namesake bloom has a strong, sweet fragrance with hints of lemon sherbet and Old Rose.

Rachel Silva, the Assistant Digital Editor at ELLE DECOR, covers design, architecture, trends, and anything to do with haute couture. She has previously written for Time, The Wall Street Journal, and Citywire. 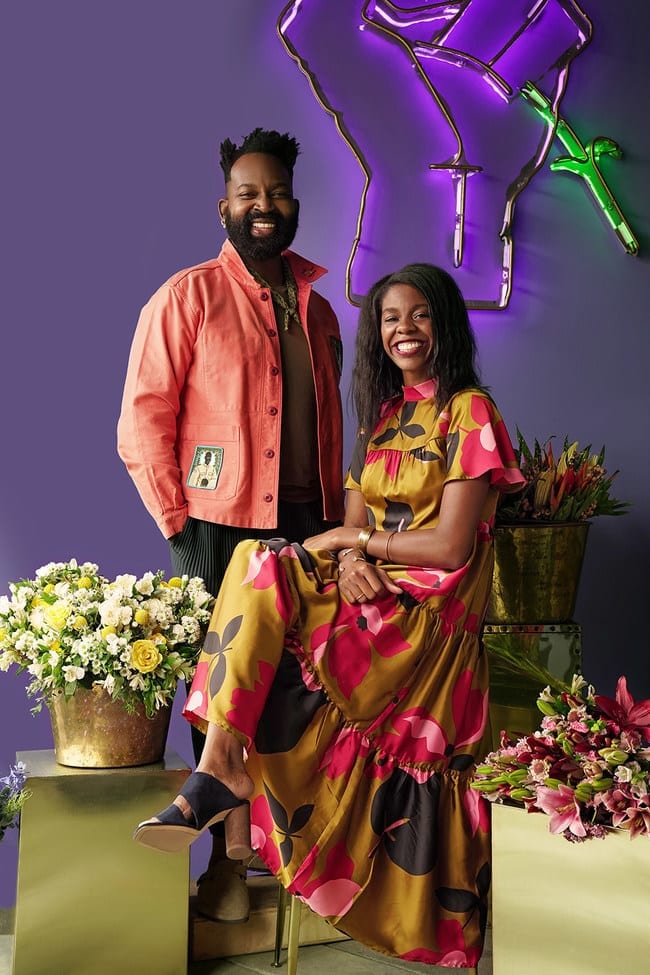 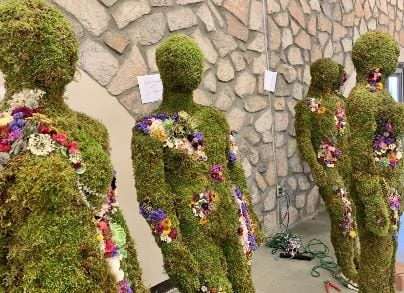 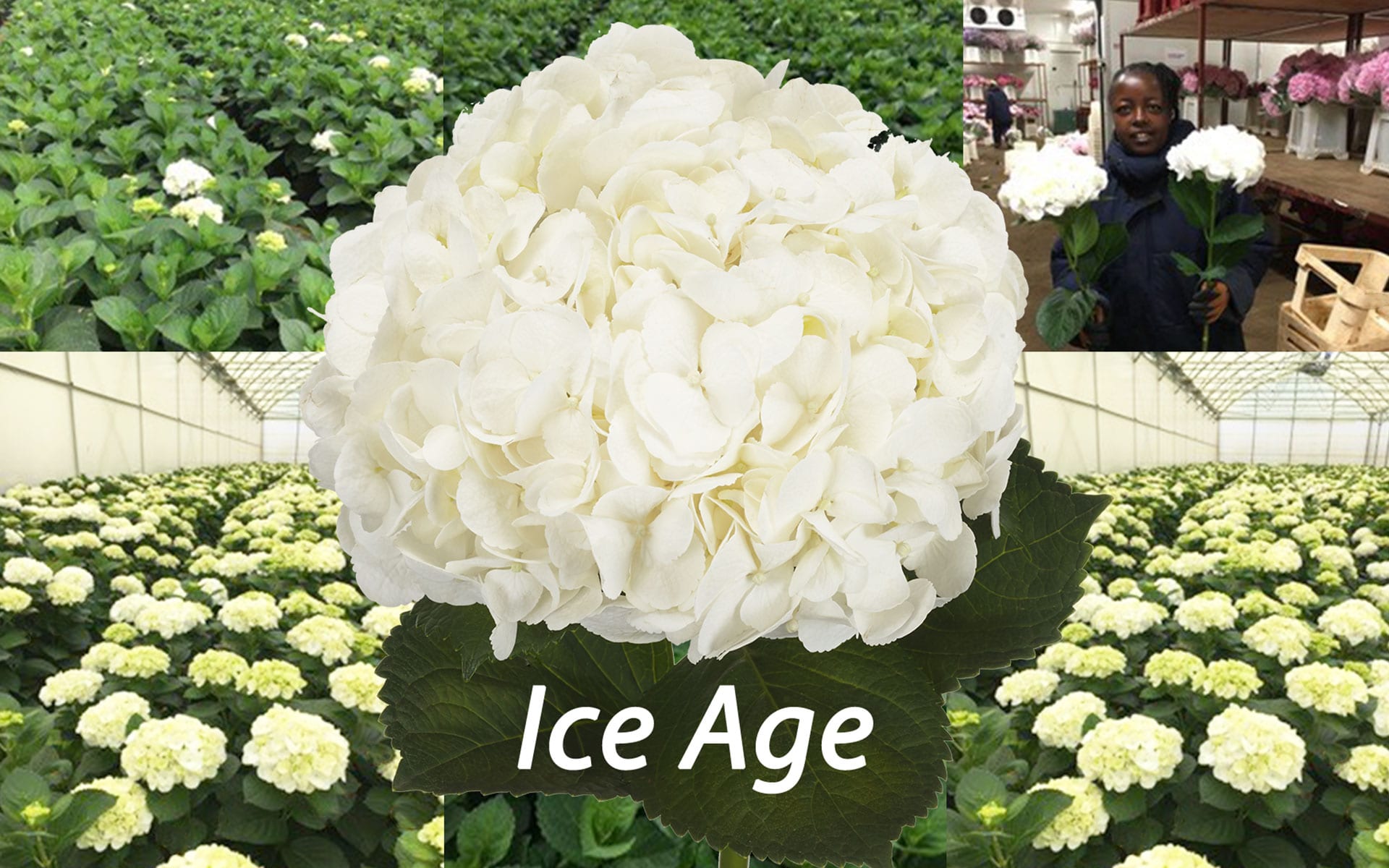 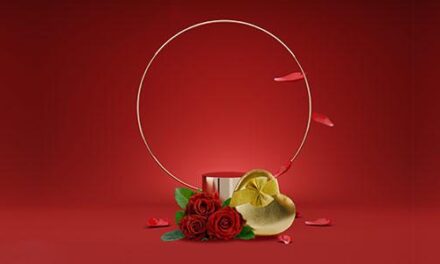