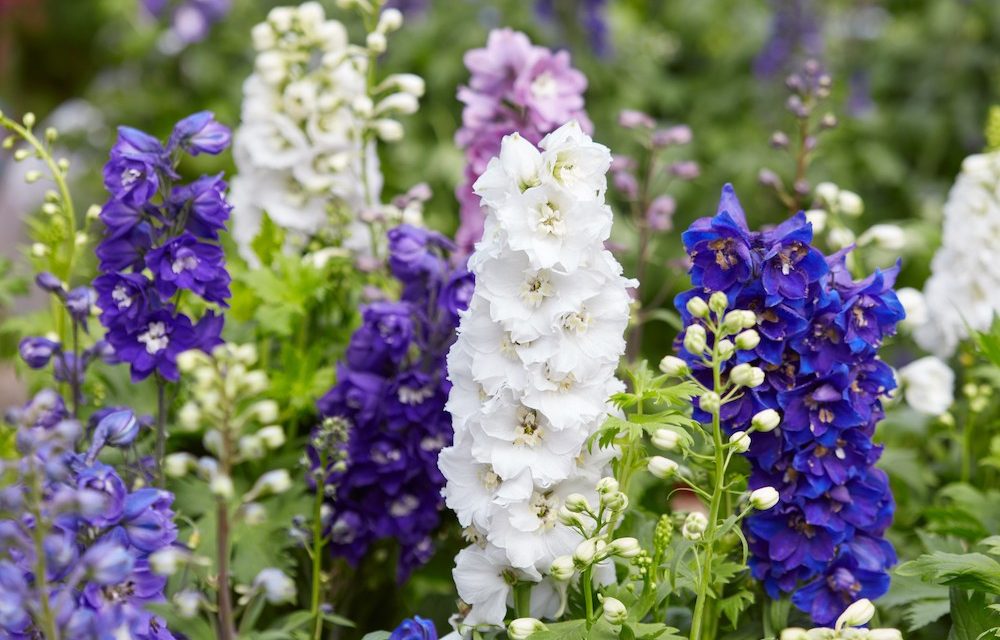 Delphinium got its botanical name from the Greek word “delphis,” which translates to dolphin; the ancient Greeks thought the shape of the bloom, with spur, resembled a dolphin’s nose. The flower shares its common name, larkspur, with another member of the Ranunculaceae(buttercup/crowfoot) family—Consolida: The species C. ambigua and C. ajacis are commonly known rocket larkspur and doubtful knight’s spur.

Delphinium is the birth flower for the month of July, and it also represents cheerfulness, joy and goodwill in floriography (the Victorian-era “language of flowers”). Like many other flowers that bloom in a rainbow of colors, each hue of Delphinium conveys a different meaning: Pink can mean fickleness, white can represent a happy-go-lucky disposition, and purple is linked to having an open heart and wanting to love. In all its interpretations for those who explore the coded communication of floriography, one trait prevails: Delphinium suggests strong bonds of love and affability.

Delphinium, which grow in the USDA Plant Hardiness Zones 3 through 7, have become one of the best go-to perennials that easily entertain in a garden and then can be cutting flowers for a vase. In fact, Delphinium have been a popular flower in cottage gardens around the world since the 1500s.

In a garden, it is best to plant these showy colorful flowers at the back because they can tower over other flowers, with some species and varieties growing up to six feet tall (although most average around three feet in height). For floral designers, the tall elegant spikes of Delphinium allow for many creative opportunities because they complement so many other types of blooms and they come in a range of colors—and breeders are experimenting with even more hybrid colors for the future.

We contacted the owners of Blackmore & Langdon, England’s venerable horticultural company that has specialized in growing Delphinium(and Begonia) since 1901 (blackmore-langdon.com). The fourth generation family of Delphinium growers include brothers Simon, Stephenand Nicholas Langdon.

So what is trending with Delphinium now? For weddings around the globe, tall white “garden” flowers to complement peonies and roses are extremely popular. Simon Langdon recommends the following varieties of candle larkspurs (D. elatum), which have become florist favorites.

Simon Langdon says that ‘Blue Dawn’ will be a special flower for weddings because of its unexpected splash of pink.

• Delphinium luteum, a yellow species, is a perennial herb endemic to the rocky, foggy hillsides of coastal Sonoma County, Calif. It is currently on the U.S. Fish & Wildlife Service’s list of endangered plants.

• Edward Steichen, who was the chief photographer for Condé Nast from 1923 to 1937, was a passionate supporter of Delphinium and encouraged the bloom to be included in the publishing house’s Vogue and Vanity Fair magazines. Steichen also was the president of the American Delphinium Society from 1935 to 1939.

• In the early days of medicine, certain varieties of Delphinium were thought to be an effective remedy for poisonous stings, intestinal worms, colic and poor appetite, as well as being used in amulets to protect the wearers from scorpion stings and snakebites. A tincture, made from Delphinium leaves and seeds, was used to kill lice and nits in the hair, too. 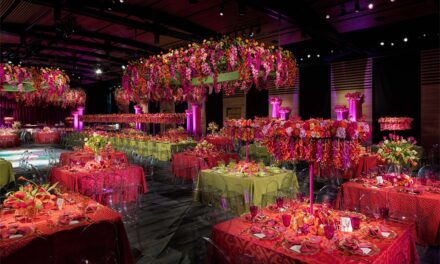 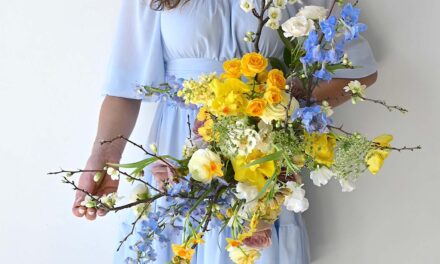 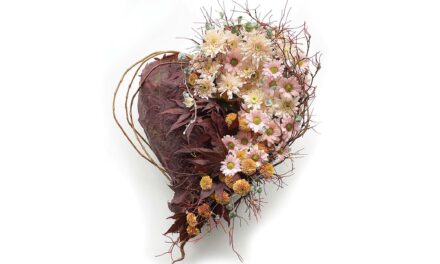 A Love of the Leaf