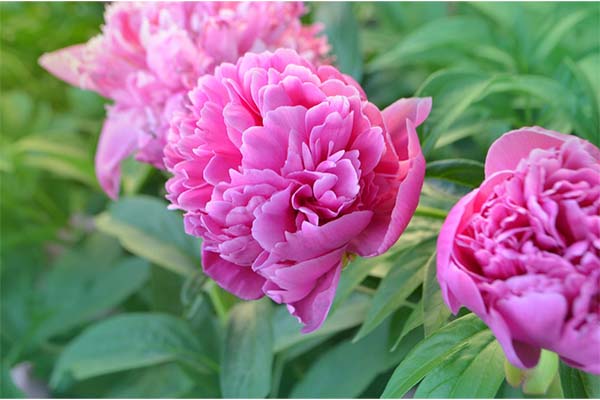 “The Queen of Flowers”

When people are asked what their favorite spring flower is, many mention the peony. With romantic, fluffy, tissue-like petals, peonies can fill a room with an unforgettable soft and sweet fragrance.

The American Peony Society lists more than 7,000 varieties in its “Peony Registry,” and new varieties are being introduced all the time. With names like ‘Bowl of Beauty’, ‘Raspberry Sundae’ and ‘Pink Hawaiian Coral’, cut peonies are a welcome additions in flower shops from about March through early September. Yes, September!—thanks to the burgeoning peony growing industry in Alaska, which, because of its “late” growing season and long hours of daylight during the summer, has extended the availability of cut peonies beyond June, producing spectacular blossoms in July, August and even into September. (See “The Rise of Alaskan Peonies.”) Peonies are also available from growers in New Zealand in November and December—if you’re willing to pay the price!

• Semi-double Flowered: One row or two rows of broad petals encircling a center of smaller petals and large area of stamens

• Double Flowered: Many broad petals only, including those that likely are altered stamens and carpels

1. Unpack the flowers immediately upon their arrival in your store. Check the buds, and determine bud stage.

2. Remove all foliage from stems that would be under water in storage containers.

3. Cut stem ends on and angle with clean knife or clippers, removing at least 2 inches of stem. Then, immediately dip the stem ends into an instant hydrating solution such as FloraLife® Quick Dip 100.

4. Immediately place the stems in clean storage container with at least 5 inches of bulb flower food prepared with cool water.

5. Let the flowers hydrate for 4 to 12 hours at room temperature and away from direct sunlight.

6. When blooms have reached the desired stage of openness, place the flowers into a floral cooler, at 33 F to 36 F, until ready for use or sale.

There are several versions of how the peony was named in Greek mythology. The most common version is that of Paeon, a student of Asclepius, the Greek god of medicine and healing. During an epic battle with the underworld, Pluto was gravely wounded by an arrow to his shoulder. Apollo could not be found, so Paeon was asked to assist. Using a milky liquid extracted from the peony root, Paeon healed Pluto. An angry Apollo felt he had been upstaged and threated to kill Paeon. Zeus and other gods decided to protect Paeon and immortalized him into the same plant he was using to heal his patients.

A second version says that Asclepius, the Greek god of medicine and healing, became jealous of his pupil Paeon, and Zeus saved Paeon from the wrath of Asclepius by turning him into the peony flower.

Another version suggests the name came from a nymph named Paeonia. Apollo was smitten by her beauty, and Aphrodite did not take kindly to his new attraction. Out of spite, Aphrodite transformed Paeonia into the peony flower.

Chinese legend references the beautiful but ruthless Empress Wu Zetian, of China’s ancient Tang Dynasty (A.D. 618-907). One winter, tired of no flowers in the Imperial Garden, she issued a decree that all flowers must bloom in the winter. Afraid of her wrath, every flower obeyed except the mighty peony. Enraged, the Empress demanded that all the peonies be dug up from the garden, and she banished all peonies from the capital city to the city Luoyang. The following spring, the peonies bloomed beautifully in Luoyang. When the Empress found out, she ordered that all the peonies be burned to the ground. But to everyone’s surprise, the next spring, the peonies grew back and bloomed once again. Because of this, the flower fairies declared the peony as “The Queen of Flowers,” and to this day, Luoyang is known as “The City of Peonies.”

The Rise of Alaskan Peonies

In the 1990s, horticulturist Patricia Holloway, from the University of Alaska–Fairbanks, attended a lecture on the hardiness of peonies. She discovered that during July, when Alaska 15 to 20 hours of sunlight per day, peonies were thriving in gardens in Fairbanks. After conducting research, Holloway determined that in addition to the long hours of sunlight, Alaska’s high altitude and cool summer temperatures (especially in the evenings) would contribute to producing high-quality cut flowers with long vase lives. Along with the unique opportunity to supply the summer wedding market and proximity to worldwide air transportation out of Anchorage, she theorized that cut peonies could be a new cash crop for the state. Fast forward to today, and according to the Alaska Peony Cooperative, there are more than 40 commercial peony farms across the state. Some sources, such as the USDA/National Agriculture Statistics Service, put the number of peony farms in Alaska at more than 100. Production of peonies as cut flowers in Alaska is weather dependent and varies on the peony farms’ locations within the state, but these flowers are generally available from July through early to mid-September.

• The peony became the state flower of Indiana in 1957, replacing the Zinnia.

• The peony is the official flower of the 12th wedding anniversary.

• Peonies are available in all colors except blue.

• According to the “Victorian Language of Flowers,” the peony has a symbolic meaning of romance, compassion, good luck, prosperity, happy marriage and bashfulness.

• In feng shui, it is said that “chi” energy released by peonies attracts romantic partners, and the Chinese have long held that peonies are the flowers of love and romance.

• The city of Luoyang, China, is known as “The City of Peonies.” (See “Peonies in Greek Mythology and Chinese Legend.”)

• During the Victorian Era, it was said that if you dug up a peony or brought a peony plant into your home, you would be visited by flower fairies who would put a curse on you, bringing you bad luck for the rest of your life.

• In Eastern European countries, myths were told of naked nymphs and fairies hiding their bodies by turning into peony blossoms. 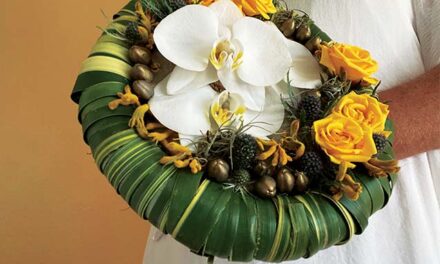 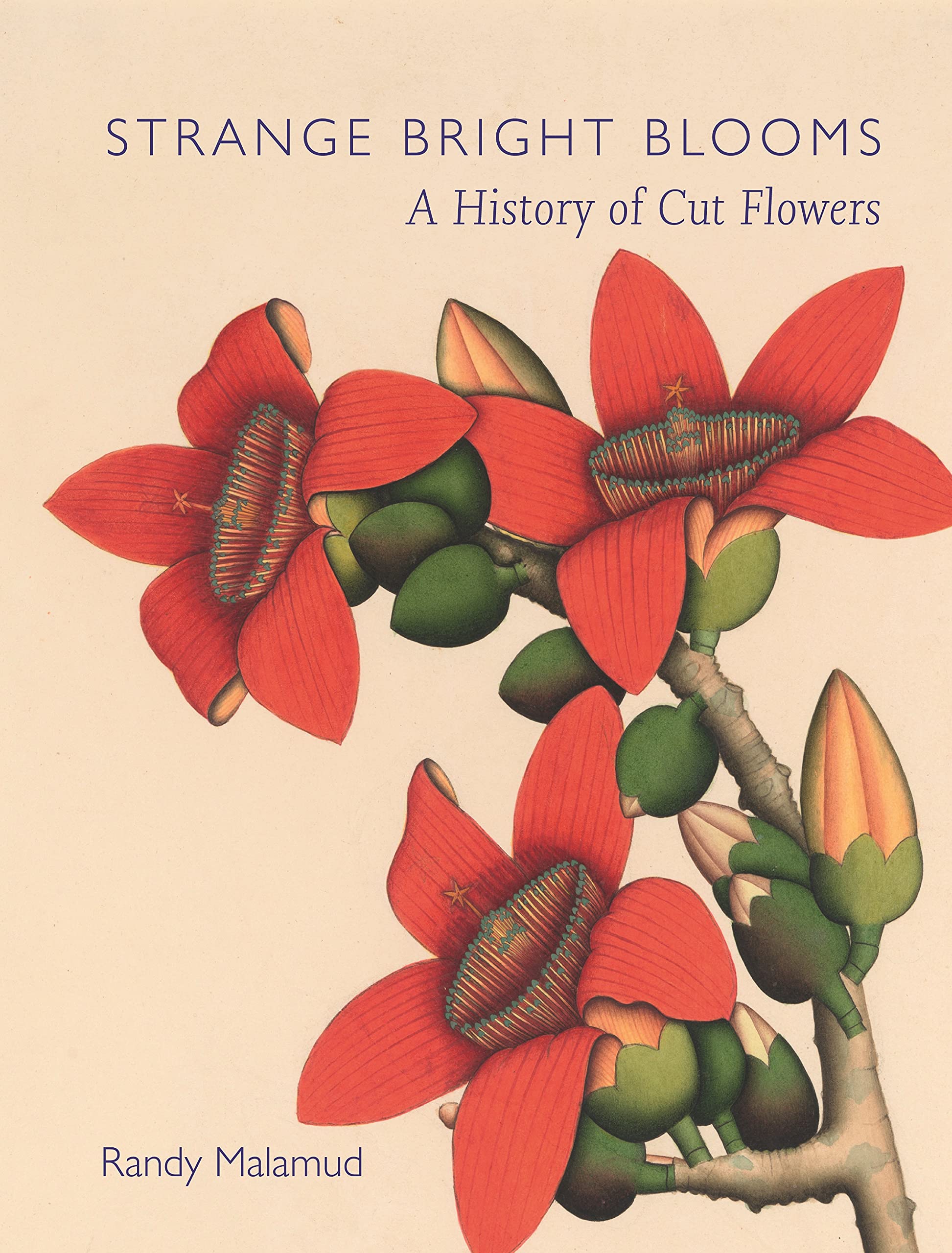