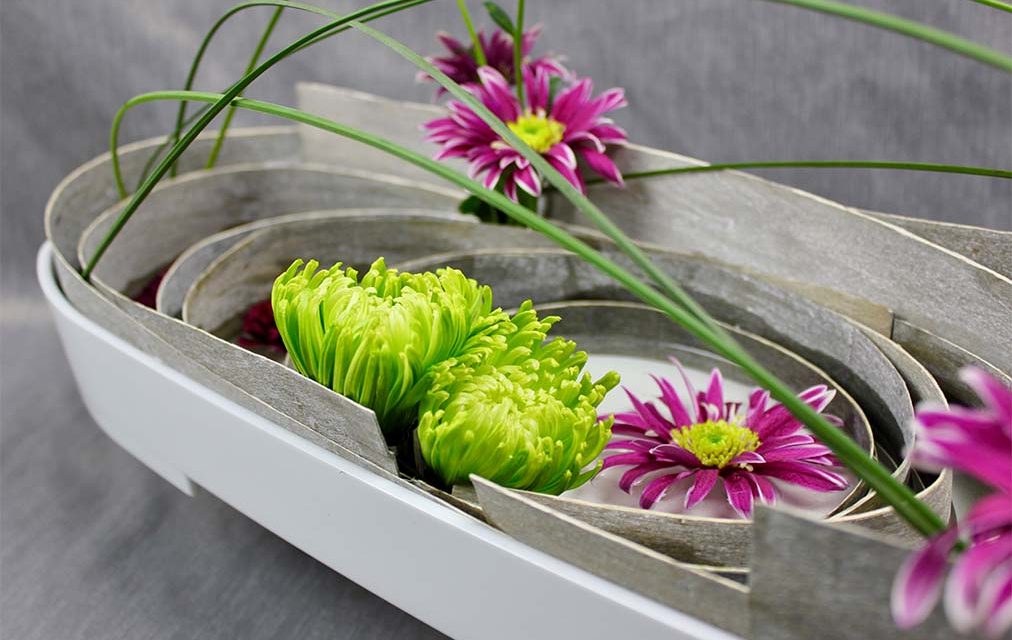 Chrysanthemums have a long and beautiful history and have been treasured by mankind for thousands of years. They were first cultivated centuries ago in China and used primarily as a culinary herb. Young shoots and petals were used in food dishes, and petals and leaves were brewed into teas. Nearly every part of these plants has been used medicinally in China. The essence of the flower was believed to possess the power of life, which is why the symbolism of “life” is attached to these flowers in Chinese culture.

Chrysanthemums were introduced to Japan sometime in the eighth century, and during the 12th century, Emperor Go-Toba chose the flower as his personal emblem. To this day, a 16-petaled chrysanthemum icon remains the “Imperial Seal of Japan,” designating the emperor and members of the Imperial family, and the emperor’s throne is known as the “Chrysanthemum Throne.” In addition, Japan’s highest honor for distinguished service to the nation is the “Supreme Order of the Chrysanthemum,” and the country also celebrates a national holiday, “National Chrysanthemum Day” (a.k.a. the “Festival of Happiness”), annually on Sept. 9. Chrysanthemums—“kiku” in Japanese—are also depicted on the country’s coinage and passports.

Over time, chrysanthemums made it to the Western world. While they may seem like they’ve been available in the United States forever, they didn’t arrive until around 1798.

The Design Versatility of Chrysanthemums

Chrysanthemums are a great choice for floral design because not only are they long lasting but they are also available in such a wide array of colors, bloom types and sizes. Versatile flowers, they look just as lovely in formal, elegant arrangements as they do in old-fashioned garden-style designs. They are also great flowers for covering surfaces when creating floral shapes such as novelty designs and sympathy set pieces like hearts and crosses.

Floral artist and designer, Lea Romanowski, CAFA, CAFD, AIFD, CFD, CFEJ, from Calgary, Alberta, Canada, has always been a creative force continuously transforming ordinary items into striking designs. During her 30-plus year career in the floral industry, Romanowski has pushed the boundaries of design. In 2000, she founded Designing on the Edge and began her full range of services including structural floral art and event design and décor.

About these flowers, Romanowski says, “Chrysanthemums are the unsung heroes of our industry. How do I love thee. Let me count the ways. From color and texture to size, shape, availability, versatility, affordability and longevity, no other flower gives you them all. They have always been in my top 10 go-to flowers. In the Floral Design Program at Mount Royal University, I use chrysanthemums in 50 percent of the curriculum. With a little creativity, more designers could appreciate these beauties for all they have to offer. For example, I like to create unexpected combinations such as callas and ‘button’ mums? To whoever says you can’t, I beg to differ. I encourage all floral designers to challenge themselves and try something new, different and unexpected with chrysanthemums.”

• The name “chrysanthemum” comes from the Greek words “chryos,” meaning gold, and “anthemon,” meaning flower (the first mums were yellow only).

• Chrysanthemum is the birth flower for the month of November as well as the flower symbol for 13th wedding anniversaries.

• The symbolism mums varies dramatically from country to country. In some parts of the world, including most parts of the United States, chrysanthemums are associated with joy and optimism as well as autumn and harvest. In many European countries, including Spain, Belgium, France, Italy and Austria, chrysanthemums symbolize death and grief. Chrysanthemums are hugely symbolic in Japan, and they represent different things depending on color, but in general, they represent immortality, rejuvenation and nobility, and they are also symbols of autumn, harvest and goodwill.

• Chrysanthemums (ju hua in Mandarin Chinese) have been used for thousands of years in Chinese medicine for “cleaning heat and toxin” and “scattering cold” (reducing fever and cold symptoms, especially in early stages). The Chinese have also used parts of these flowers to treat eye pain, headache, high blood pressure and sore throat. While these uses aren’t supported by modern scientific research, they have a lengthy history.

• Current research does support some of the medicinal benefits of some of the chemical compounds found in chrysanthemums. Studies have found those compounds may help reduce inflammation, treat osteoporosis, reduce blood sugar levels, prevent Type 2 diabetes, reduce obesity, and curb fever and cold symptoms.

NOTE: Be aware that ingesting any parts of chrysanthemums or consuming chrysanthemum tea can trigger allergies and cause side effects including skin irritation, asthma and other respiratory issues, and anaphylaxis. Chemical compounds in chrysanthemums may also adversely interact with some prescription medications, including statins.

Dekker Chrysanten is a family-owned business specializing in chrysanthemum variety improvement with more than 50 years of experience in the top-rated world markets. Everything starts with a delicate brush and pollen transference labor. This is an antique technique that permits the hybridizers to control crosses, identify characteristics and select the best parents for new varieties.

With avant-garde solutions like robotics, automatization and big data analytics, in combination with a strong technical knowledge, Dekker measures the field performance of its new varieties until they are ready to be shown to the growers. Transforming inspiration into new varieties, flower shapes, textures and colors makes Dekker one of the big players on the global stage who determine the future of the chrysanthemum sector. “Florists, on the other hand, are looking for bicolors, vintage colors, coral hues, and new bloom types and shapes, and they also are interested in micro spray mums for their design inspirations,” shares Sergio Arango Ortega, account manager for Dekker Chrysanten Colombia. Check out Dekker’s assortment of chrysanthemum types and varieties at dekkerchrysanten.com/assortment.

With its world headquarters in Stuutgart, Germany, Selecta One is world-renowned breeder of chrysanthemums and other genera of cut flowers, including Dianthus, Gerbera, Gypsophila and Solidago. Continuously developing new shapes, varieties and colors of chrysanthemums, Selecta One is fastidious about analyzing every aspect of the new varieties it develops, from field performance, stem strength, flower type, size, color, number of blooms and vase life. Discover Selecta’s cut flower assortments at selectacutflowers.com/en/home.

Founded in 1953, in Israel, Danziger is today one of the world’s most innovative floriculture companies engaged in the research; breeding; development; propagation; production; and sales and marketing of cut flowers, annuals and perennials. The company has propagation facilities in Israel, Colombia, Guatemala and Kenya, and it manages hundreds of varieties under breeders’ rights. It’s leading varieties in cut flower crops include Atlantis® chrysanthemums, SCOOP™Scabiosa, Million Stars® and XLence™ Gypsophila, Golden Glory® Solidago and Safora™ Limonium. See all of Danziger’s creations at danzigeronline.com/cut_flowers-catalog.

• Single (daisy-like flowers; a.k.a. “daisy mums.” ‘Red Rover’ is a disbud mum in this category.)

• Pompon (This term is often erroneously used to refer to “spray” chrysanthemums [see “Spray” in “Bloom Categories,” above]. Small “button” spray mums are included in this bloom-type category.)

NOTES: Most of these bloom types are available as both disbud and spray mums. 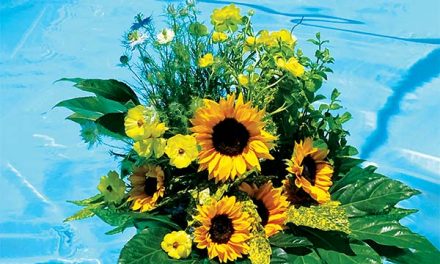 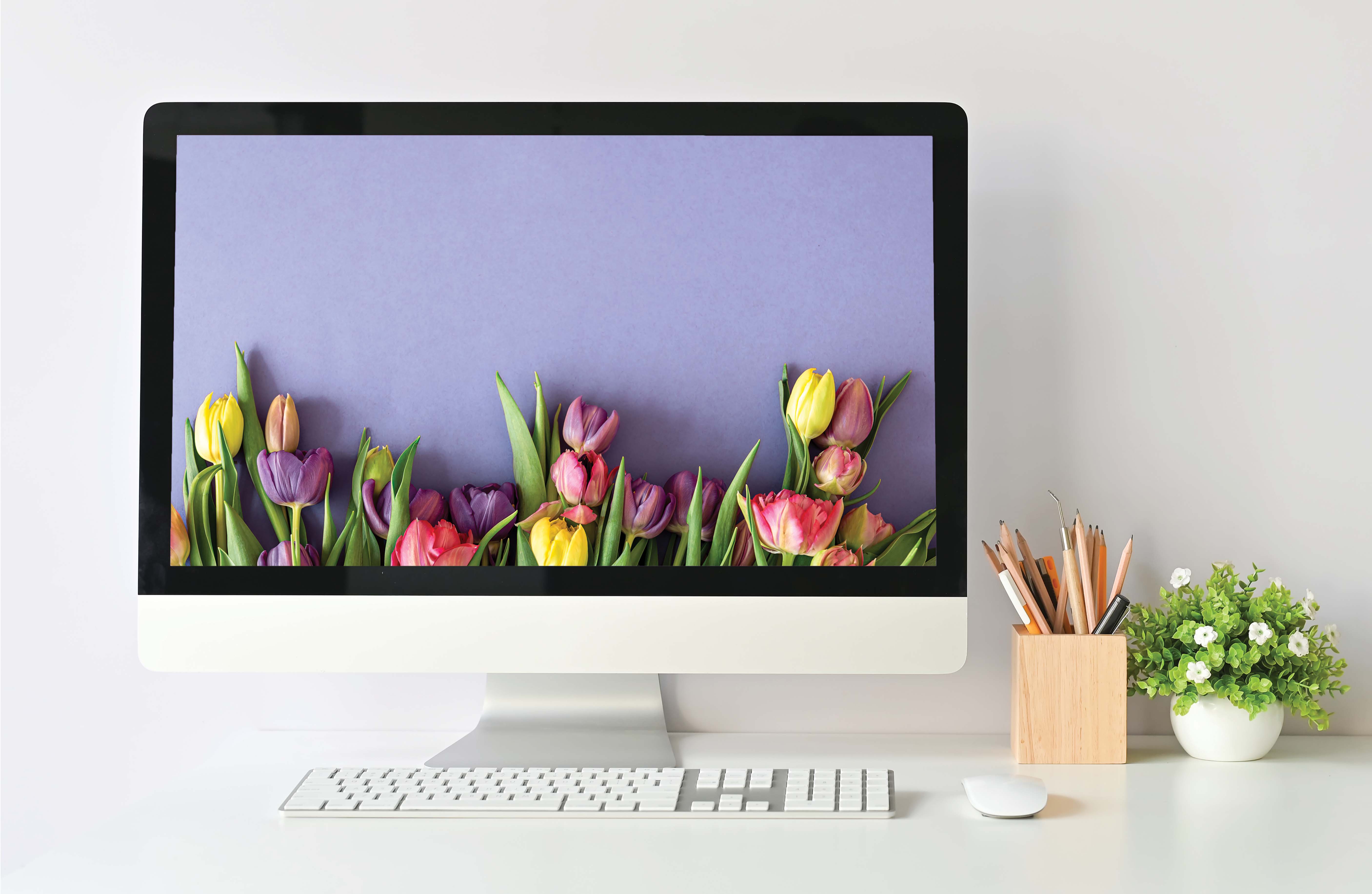 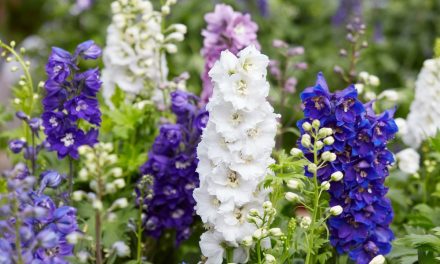 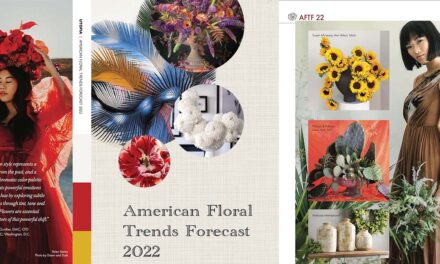