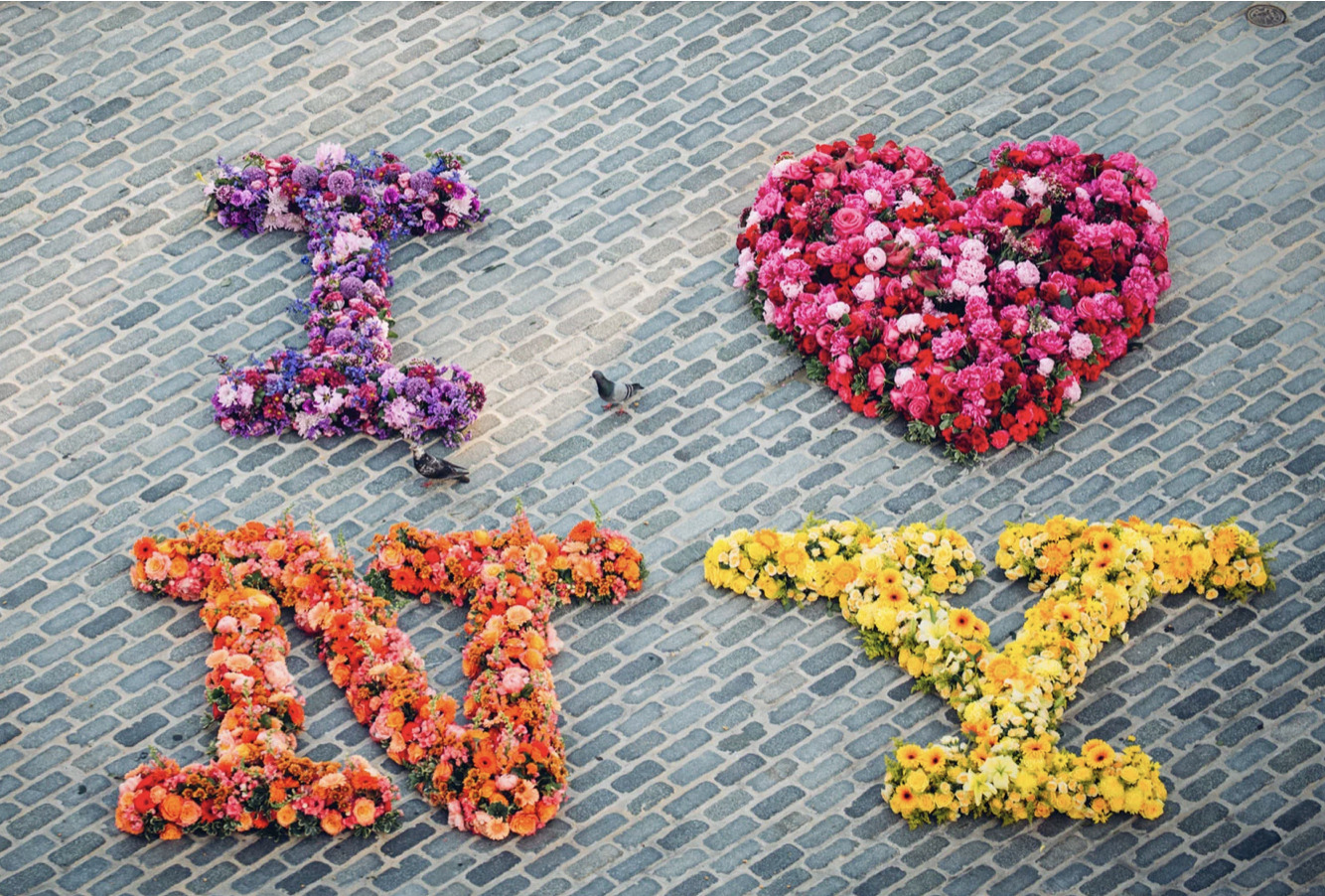 There’s a new event in town, inspired by the great flower shows of Europe. The timing couldn’t be better for struggling floral designers.

“We were missing these big moments,” Ms. Norville said. “I can’t get it out of my mind that we are about to bring something really fun to life.”

Ryan Norville, the owner of Oat Cinnamon, a floral studio in Brooklyn, has been tasked with creating small bouquets that will be given to customers who buy sunglasses at the local Warby Parker (while supplies last). She sees an opportunity to get New Yorkers excited about flowers again. “That organically leads to business,” she said.

Social events are the bread and butter for many in the industry but have been scarce for much of the past year, said the Manhattan floral designer Lewis Miller, who is known for his Flower Flashes, pop-up arrangements in surprising city locales like bus stops. Other florists, he said, work regularly with restaurants and stores, both of which have only recently started to bounce back. “All sectors of our industry just got destroyed.”

But the city is rapidly reopening, and its parks and gardens, verdant and in full bloom, reflect that excitement. So does the L.E.A.F Festival of Flowers, an inaugural annual show taking place June 12 and 13 in Manhattan that is inspired by well-known European events like London’s RHS Chelsea Flower Show or Tulip Festival Amsterdam.

The weekend will go like this: On Friday, June 11, in the middle of the night, over 100 florists, mostly from the metropolitan area, will blanket the Meatpacking District with more than a million flowers. Gansevoort Plaza, a new public square, will morph into a European-style flower market, with 25 floral pillars, or plinths, each over six feet high. About 20 stores and restaurants in the district, from Theory to Dante, will have blooming installations on the premises. In the future L.E.A.F will be for-profit, with ticketed lectures, master classes and parties. This year, however, it will be free to the public. Florists will not be charged to sell from the market, and there will also be a program connecting florists to retailers seeking in-house displays: “These florists have been decimated by Covid, so this year, we wanted to remove all barriers to entry,” said the show’s founder, Moira Breslin, who runs a strategic communications agency.

Ms. Breslin, a former resident of London who now lives in New York City, got the idea to do a flower festival after seeing her friends posting scenes from the RHS Chelsea show on Instagram. “I just remember thinking, ‘New York deserves one,’” she said. (A bit different from the Macy’s Flower Show, an established two-week event that took place last month throughout Manhattan’s flagship store in Herald Square, this one will be outside, will span several blocks, stores and restaurants throughout the neighborhood, and will feature a market.)

It’s taken Ms. Breslin five years to pull the event together. The inaugural show was supposed to have been last June but had to be postponed. The idea has had its share of skeptics, since even the esteemed Chelsea show in London went virtual last year and was postponed this year. Organizing the New York festival during a pandemic has not been easy.

During early planning, one of the biggest hurdles was finding the right location. “We have 25 massive-scale installations,” Ms. Breslin said.Among the highlights will be a large floral installation for Pride Month by East Olivia at Double Rainbow by Aerie, in-store designs by Popup Florist at Diane Von Furstenberg and Theory, a floral bike and cart by Renny and Reed at Hermès, and works by FDK Florals at the Whitney Museum of American Art. A custom Rainbow Colonnade by Theresa Rivera Design – featuring anthurium, amaranthus, eremurus, roses, lilies, and orchids, among others – will also be displayed on the south side of 14th Street at Ninth Avenue and Hudson.

She found a willing partner in the Meatpacking Business Improvement District, which unveiled its new plaza, a 30,000-square-foot area with a pedestrian zone, just two years ago. L.E.A.F will be the first major event the district has held there. “We were gearing up for a big 2020, and then we all know what happened,” said Jeffrey LeFrancois, the district’s executive director. “L.E.A.F will literally dress up the neighborhood; it’s going to look so good.” 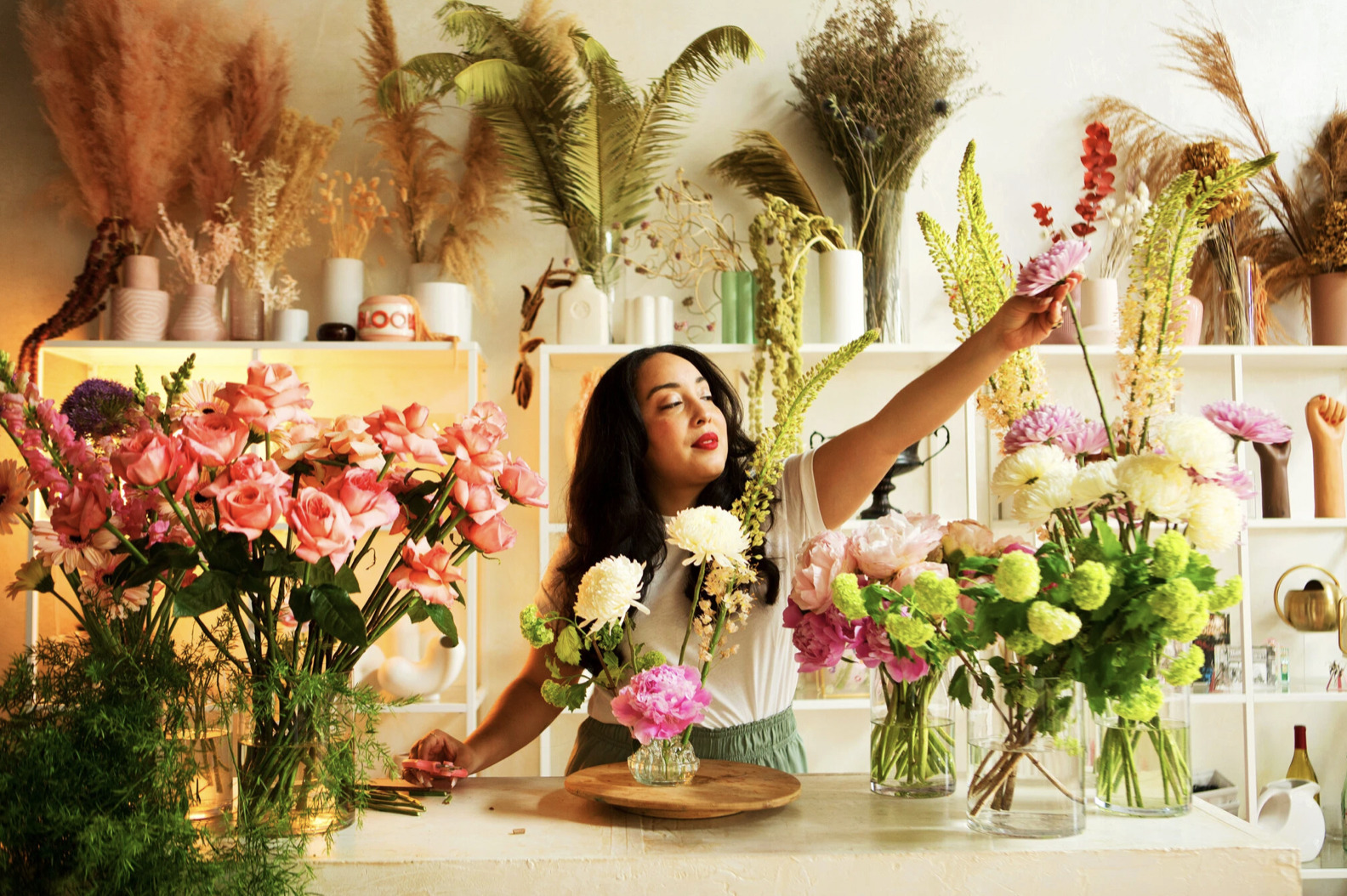 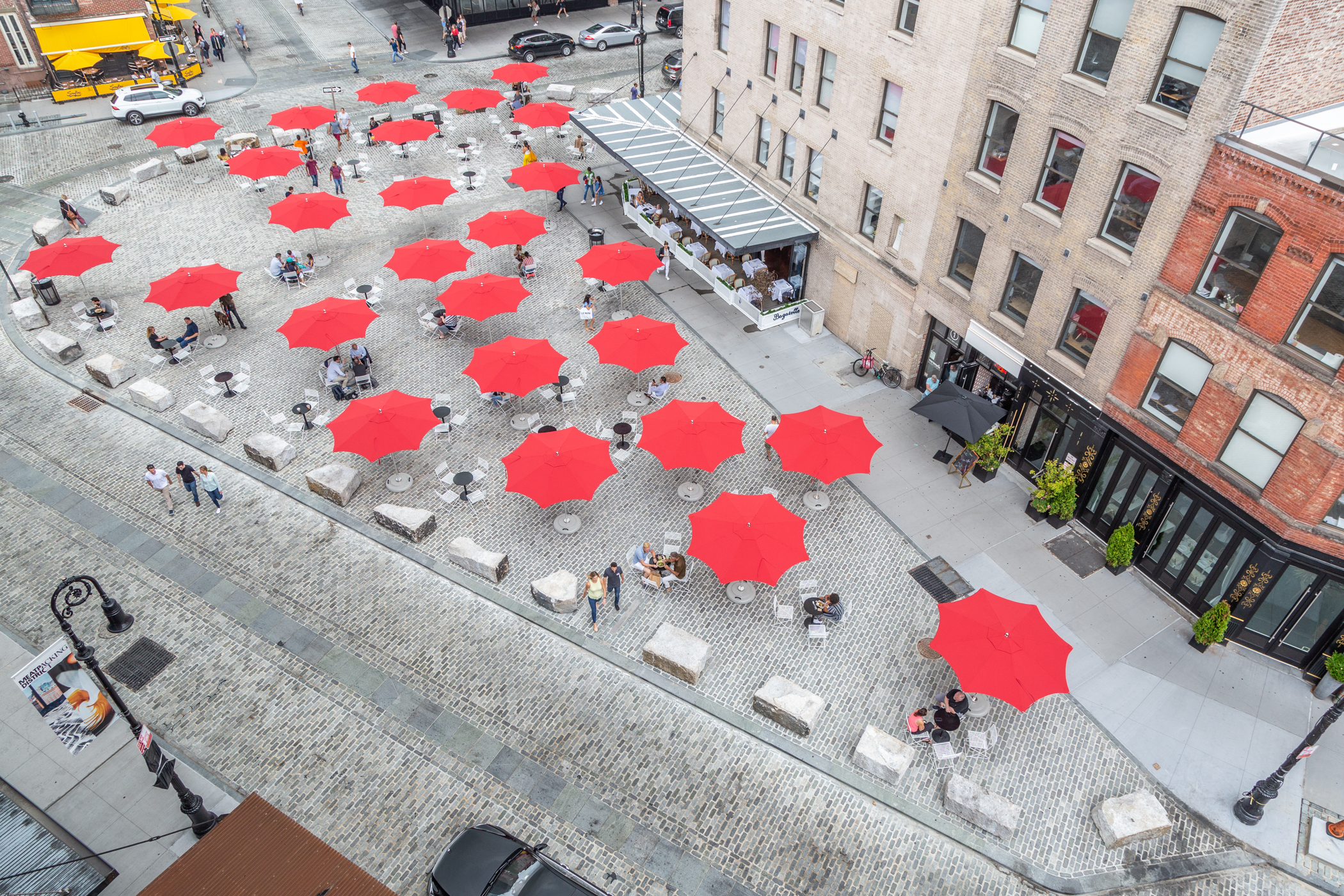 Florists are attracted to the event for a host of reasons. Besides impromptu run-ins in the flower district, it is difficult for floral designers to come together in the city to share ideas and advice. Some participants see the show as an opportunity to do just that. “It is really important for me to meet my peers,” Ms. Molaei said. “I can’t wait to see their installations and see what they are going to create. I think I’m going to be inspired by their work, and it will be good for me to see what customers and attendees respond to.”

END_OF_DOCUMENT_TOKEN_TO_BE_REPLACED

The Expo Flor Ecuador show will be held in Quito from October 5-7 where 109 exhibitors, including 64 flower growers, 20 logistics operators, 14 flower breeders, and more,  will present their products and services. As of the first week of July, over 720...

END_OF_DOCUMENT_TOKEN_TO_BE_REPLACED

Ball Seed® is pleased to welcome visitors once again to The Gardens at Ball in West Chicago, Ill., during Ball Seed Customer Days, Thursday, July 28, and Friday, July 29. Registered guests will spend a full day engaging with Ball team members on ideas to optimize...

END_OF_DOCUMENT_TOKEN_TO_BE_REPLACED 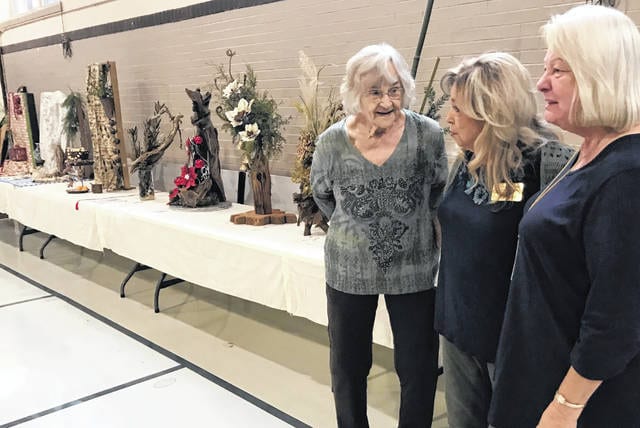 A bicentennial Christmas in flowers 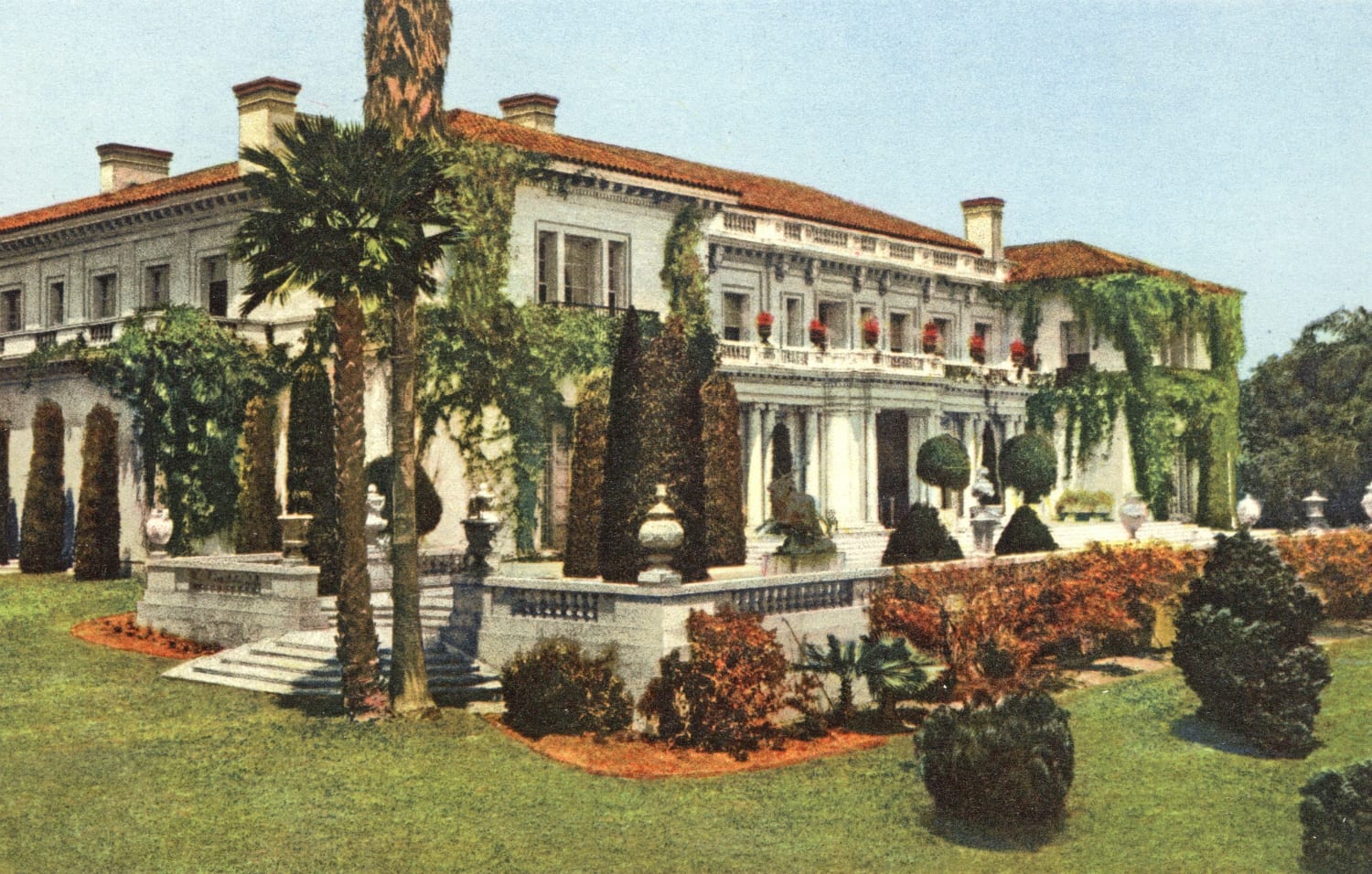 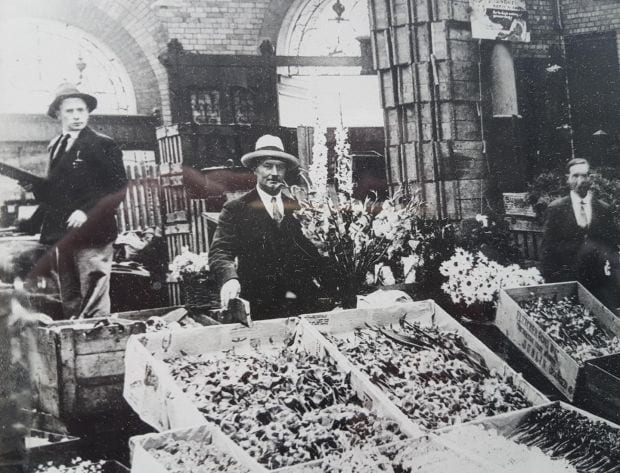 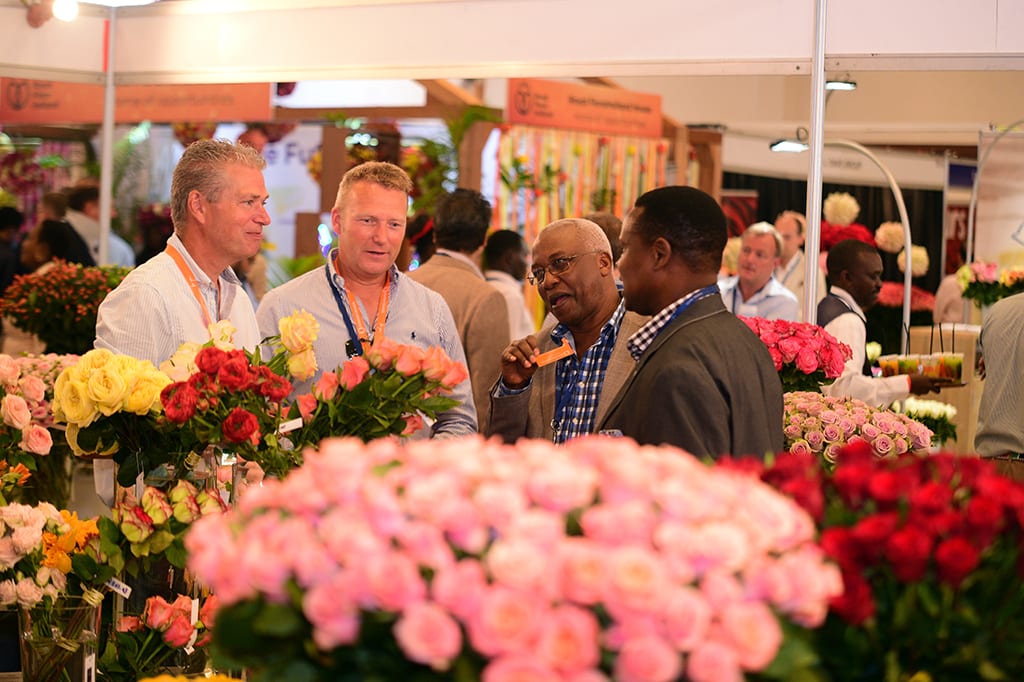